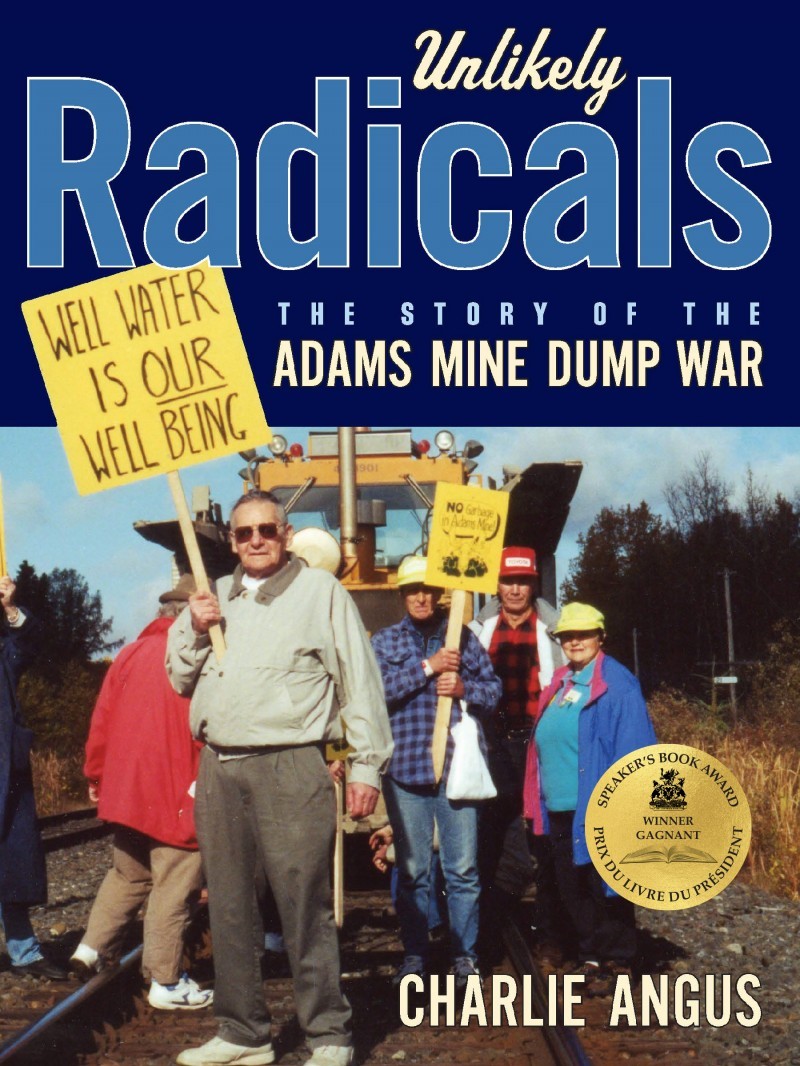 The Story of the Adams Mine Dump War

For twenty-two years politicians and businessmen pushed for the Adams Mine landfill as a solution to Ontario’s garbage disposal crisis. This plan to dump millions of tonnes of waste into the fractured pits of the Adams Mine prompted five separate civil resistance campaigns by a rural region of 35,000 in Northern Ontario. Unlikely Radicals traces the compelling history of the First Nations people and farmers, environmentalists and miners, retirees and volunteers, Anglophones and Francophones who stood side by side to defend their community with mass demonstrations, blockades, and non-violent resistance.

A Grisham-like political thriller with the feel-good accents of a Frank Capra movie.

The book provides powerful proof that principled action can be guided by basic rules: “the democratic rights of citizens must be rooted in access to fair public process backed up by an compromised public service.”

This short book gives many gifts: it’s the thrilling story of a community fighting off an environmental assault; a series of delightful sketches of ordinary people who accomplish extraordinary things; a cautionary tale of democratic institutions being corrupted by money and shady politics; and an introduction to Charlie’s funny, generous, and tough-minded charm. Most importantly, it is a guide book for anyone who is called upon to stand up for what they believe in.

Unlikely Radicals is a fast-paced page-turner as Angus leads us through the epic battle between the rich and mighty and a community united by justice. It is also hysterically funny and educational.

Although Unlikely Radicals reads like a piece of fiction with its villains and heroes and backroom political machinations, it is not. Rather, it is the story of a small band of courageous people–stewards of their land and water—–who stood up to some very powerful forces and won, because their cause was right. Charlie Angus was there on the frontline from the beginning and tells a spellbinding story. I loved this book.

A timely and important book… . . reads like a political thriller.

One of 11 “Books you have to read this season”

I have practiced and taught community organizing all my life and I love this book. Angus–—a key insider–—tells the story with passion and respect. The detailed account and strategic analysis offered in Unlikely Radicals makes the book essential reading for anyone facing a similar struggle.

[Angus’} account of the Adams Mine controversy is fascinating and significant, bound to hold any reader with an interest in environmental politics, protest movements, or waste management issues.

Everyone loves a good David vs. Goliath story and Unlikely Radicals: The Story of the Adams Mine Dump War by Charlie Angus is as good as it gets.