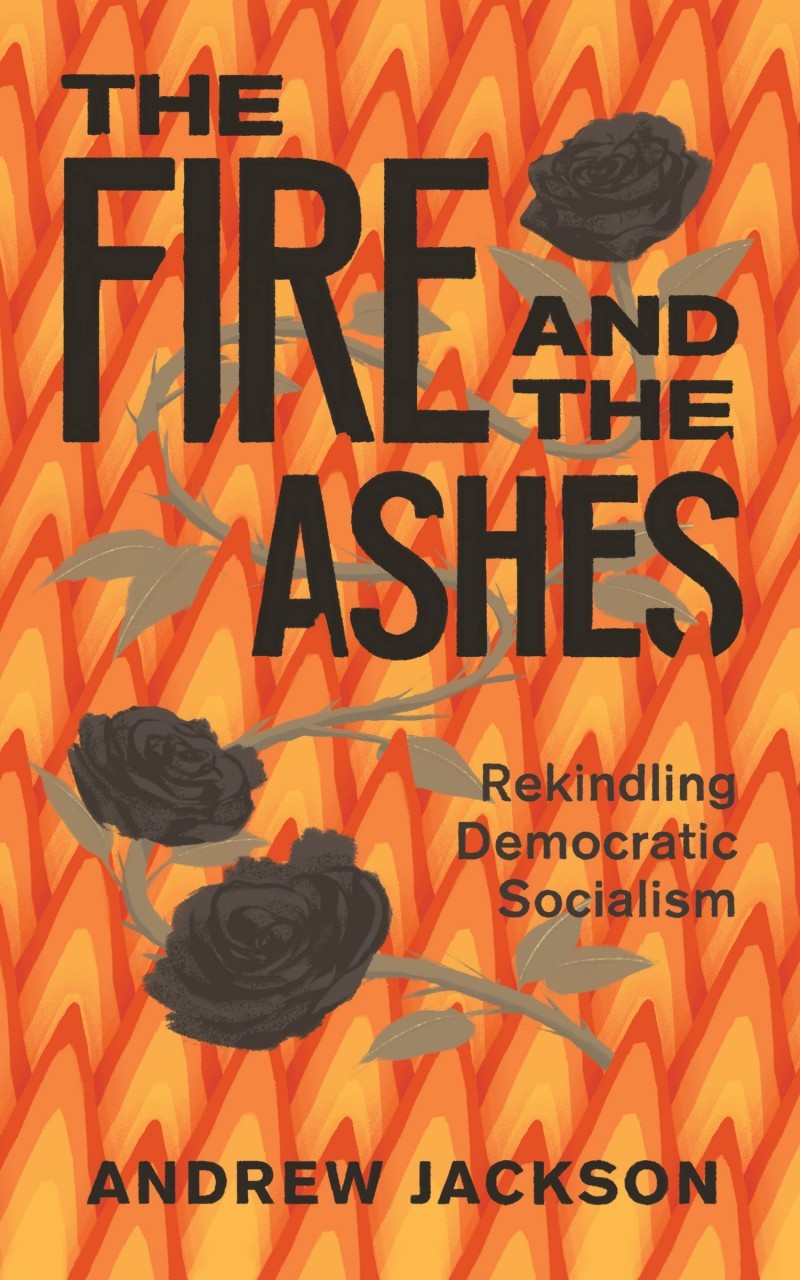 The Fire and the Ashes

In The Fire and the Ashes, long-time union economist and policy analyst Andrew Jackson looks back on a fascinating career in the labour movement, the NDP, and left politics, combining keen historical analysis with a political manifesto for today.

As one of the few trade union economists in Canada, Jackson brings a unique insider perspective and decades of experience to bear on his critical reflections on the history and changing fortunes of the NDP, the failures of neoliberalism, and the waning and recent renewal of the democratic socialist tradition.

What plays out is a battle of ideas fought by Jackson and the wider left—one meant to rekindle both political veterans and a new generation of activists who believe that a true democracy cannot exist with great inequalities of wealth and political power, and that social ownership and public investment must be brought squarely into the mainstream.

The Fire and the Ashes is a most appropriate title for Andrew Jackson’s timely book. It was Jean Jaurès’s advice to the rapidly emerging French socialist movement of the early twentieth century. To take forward from history and experience what had enduring value. As with Jaurès, Jackson leads us to reflect on where democratic socialism has been and how to take the fire of that movement forward while leaving the ashes behind, and learning from them. For the first time since the 1970s, the spark of democratic socialism is igniting anew. This book is indispensable to understanding the current moment of that movement in the Canadian context.

– Bryan Evans, professor in the Department of Politics and Public Administration, Ryerson University

Andrew Jackson provides readers with a veteran activist’s account of the victories, defeats, challenges, and opportunities for unions and democratic socialism. With a narrative that spans from the late 1960s to the present day, Jackson describes how organized labour can reinvigorate left politics, reimagine social ownership, and articulate a vision for a sustainable future nationally and internationally.

From unresponsive government and economic malaise, to mounting work/life conflicts and social unrest, The Fire and the Ashes vividly details the rampant inequalities at the heart of contemporary capitalism. Not only does Andrew Jackson show how and why so-called “socialisms” of the twentieth century failed, he makes a convincing case for rekindling a democratic socialist politics that centres socio-economic justice, and with that, a brighter future.

For a generation, Andrew Jackson has been a guiding light on Canada’s left: contributing his serious intellectual firepower and gut-level passion. In this eminently readable and personal book, Jackson takes us through all the ups and downs of social justice organizing in the neoliberal era—leaving readers wiser, yet as confident as ever that a better world will be won.

In this wonderfully accessible, entertaining, and succinct narrative, Jackson weaves together personal memoir with critical issues in the recent history of labour and the NDP, gleaning embers of wisdom from the past to help forge a new vision for the left.

A captivating memoir of a stalwart defender of workers. In the thick of policy debates for decades, Andrew Jackson gives a unique account of the role of labour in politics during the ascent of neoliberalism in Canada, convincingly showing throughout how neoliberal policies were never the only available option. As growing socioeconomic and environmental challenges call for politically courageous solutions, this serves as a useful reminder that there is and always was “an alternative.”

The Fire and the Ashes is uniquely part memoir, part academic analysis, and part political manifesto. Andrew Jackson’s highly readable book is sure to spark animated debate on the left about how best to rekindle the democratic socialist movement in Canada.

A rare gift to students of labour and socialist politics in Canada, providing an insider’s account of forty years of social democratic politics in the NDP and in the labour movement. Jackson’s keen eye for detail, his sharp political and economic analysis, and his commitment to building workers’ and socialist power is at the centre of this sublime memoir. It is destined to become required reading for all those interested in the past, present, and future of the left in Canada.

This is an excellent autobiography, achieving two goals at once. First, it tells a personal history of a life on the left, in both the labour movement and the NDP. Second, in doing so, it provides a series of important descriptions and judgements about key personalities and policies of both institutions.