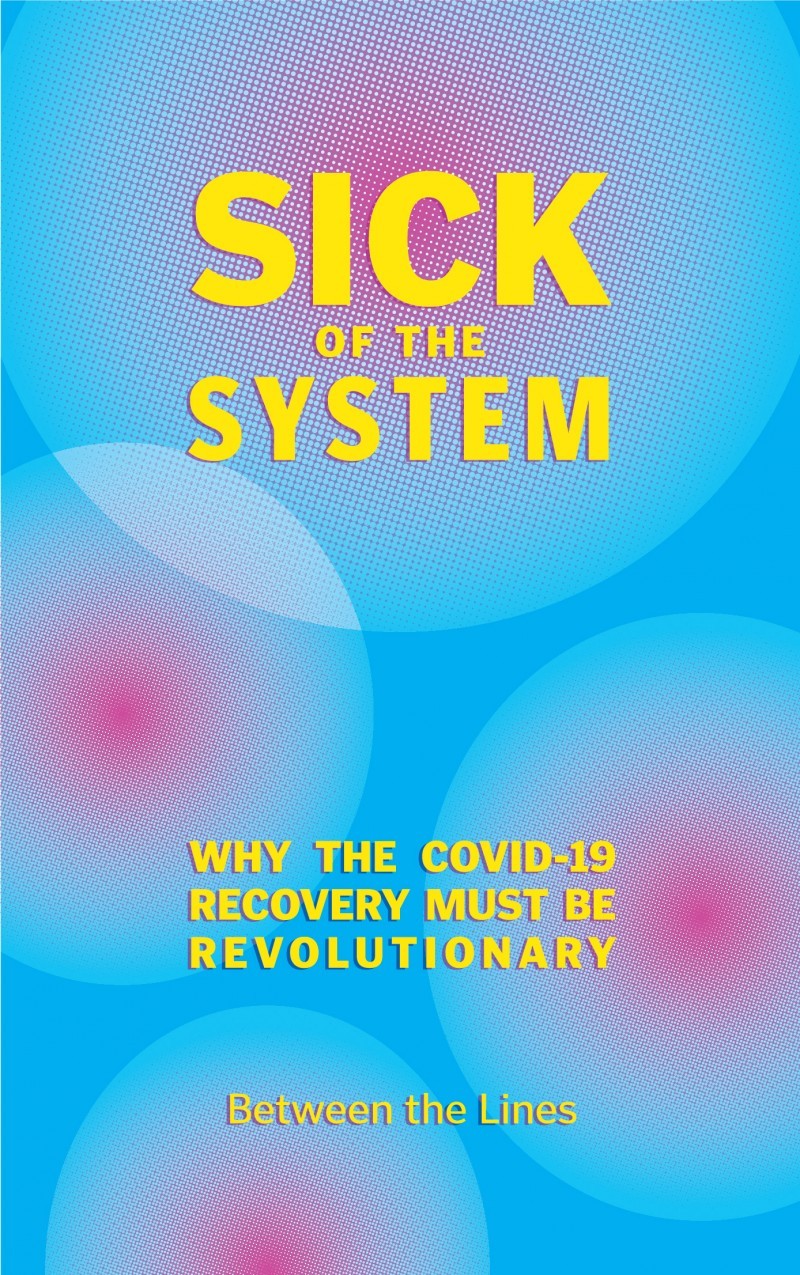 Sick of the System

Why the COVID-19 recovery must be revolutionary

After covering production costs, Between the Lines is donating all proceeds from Sick of the System to the Migrant Rights Network. The Migrants Rights Network is a cross-Canada alliance to combat racism and fight for migrant justice. They are a network of self-organized groups of refugees, migrants, and allies.

Featuring essays on poverty, health care, incarceration, basic income, policing, Indigenous communities, and more, this anthology delivers a stinging rebuke of the pre-pandemic status quo and a stark exposé of the buried weaknesses in our social and political systems. As policy makers scramble to bail out corporations and preserve an unsustainable labour market, an even greater global catastrophe—in the form of ecological collapse, economic recession, and runaway inequality—looms large on the horizon.

What can we do? From professors to poets, the authors of Sick of the System speak in one voice: We can turn our backs on “normal.” We can demand divestment, redistribution, and mutual aid. We can seize new forms of solidarity with both hands. As the world holds its breath, revolutionary ideas have an unprecedented chance to gain ground. There should be no going back.

“The essays capture a truly visceral pain – all too often hidden in the daily bustle of pre-pandemic life – that’s further magnified in a lockdown world. Even for many in progressive politics, it is rare to hear such voices: prisoners, Black Nova Scotians, and Indigenous people long used to the failure of governments in providing accessible health care. Also represented are those living with the still stigmatizing diagnosis of AIDS, women fleeing male violence, and cleaners and grocery clerks who, despite their new-found hero status, continue to survive on poverty-level wages.”