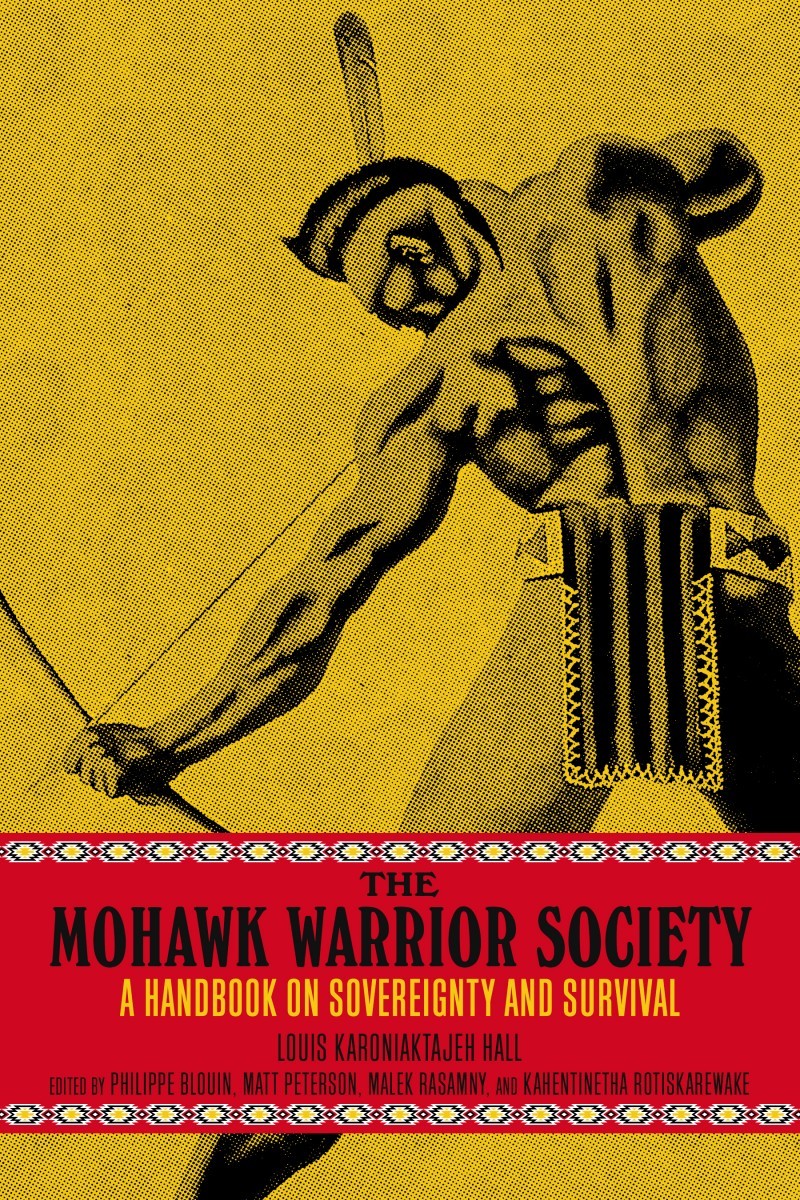 The first collection of its kind, this anthology by members of the Mohawk Warrior Society uncovers a hidden history and paints a bold portrait of the spectacular experience of Kanien'kehá:ka survival and self-defense. Providing extensive documentation, context, and analysis, the book features foundational writings by prolific visual artist and polemicist Louis Karoniaktajeh Hall (1918–1993)—such as his landmark 1979 pamphlet, The Warrior’s Handbook, as well as selections of his pioneering artwork. This book contains new oral history by key figures of the Rotisken'rhakéhte's revival in the 1970s, and tells the story of the Warriors’ famous flag, their armed occupation of Ganienkeh in 1974, and the role of their constitution, the Great Peace, in guiding their commitment to freedom and independence. We hear directly the story of how the Kanien'kehá:ka Longhouse became one the most militant resistance groups in North America, gaining international attention with the Oka Crisis of 1990. This auto-history of the Rotisken'rhakéhte is complemented by a Mohawk history timeline from colonization to the present, a glossary of Mohawk political philosophy, and a new map of Iroquoia in Mohawk language. At last, the Mohawk Warriors can tell their own story with their own voices, and to serve as an example and inspiration for future generations struggling against the environmental, cultural, and social devastation cast upon the modern world.

“The Mohawk Warrior Society is an excellent collection of stories about colonialism and resistance in Turtle Island—a must read for settler allies seeking to learn and unlearn the histories of colonial violence that structure our contemporary relations. In providing vital histories of state repression and Indigenous resilience, the teachings in this volume can inform all contemporary efforts working towards decolonialization.”

“This book takes the reader behind the masks of the Mohawk Warrior Society, exploring the deep roots of the controversial Indigenous movement that precipitated the 78-day standoff at Oka in 1990. Offering unprecedented oral histories, concept glossaries, and transcripts of internal documents, this auto-history presents the perspective of the Rotisken’rhakéte in their own words. All readers interested in contemporary Indigenous resistance to colonialism will find much of value in this unique compendium that goes beyond the well-known symbols to explain their origins and meaning.”

– Jon Parmenter, Associate Professor of History at Cornell University, and author of The Edge of the Woods: Iroquoia, 1534–1701

“This book is a window into a world seldom glimpsed by Europeans and their settler descendants. Revealed to us is the inner vision of First Nation liberation movements that emerged from forms of government within which group autonomy and individual freedom have been cherished for thousands of years. Despite inspiring the US Constitution, these confederacies were heavily repressed and forced underground. At the end of the 1960s, the Warrior Society was rekindled by seven original members who vowed to defend their people against state violence depriving them of their rights. Overnight, they were joined by hundreds throughout Mohawk lands, then thousands all over the Iroquois Confederacy, with supporters from the East Coast to the West Coast in North and South America. The Warrior Society emerged within a broader cultural renaissance that imbued traditional matrilineal cultures with new vitality. As part of the global awakening of the 1960s, they were more popularly rooted than AIM or the Black Panthers. Their Great Law provides an ecological and democratic framework for peaceful coexistence of all peoples.”

– George Katsiaficas, author of The Subversion of Politics: European Autonomous Social Movements and the Decolonization of Everyday Life and The Global Imagination of 1968: Revolution and Counterrevolution

“This clear and stimulating book had me on edge from beginning to end. No matter who we are we can learn from these histories of the Iroquois Confederacy as related by its present-day members, lessons pertaining to non-hierarchical political organization and the care of the land. In the age of Black Lives Matter this work makes the case for autonomous life-spaces free of US or Canadian state control.”

“While many have heard of AIM & the Red Power movement of the ’60s and ’70s, most probably do not know the story of the Mohawk warriors and their influence on Indigenous struggles for land and self-determination, then and now. These include the 1974 Ganienkeh land reclamation (which still exists today as sovereign Mohawk territory), the 1990 Oka Crisis (an armed standoff that revived the fighting spirit & warrior culture of Indigenous peoples across North America), and the Warrior/Warrior Unity flag, a powerful symbol of Indigenous resistance today commonly seen at blockades & rallies. The Mohawk Warrior Society: Auto-History of the Rotisken’rhakéhte tells this history in the words of the Mohawks themselves. Comprised of interviews with some of the key participants, as well as The Warrior’s Handbook and Rebuilding the Iroquois Confederacy (both written by Louis Karoniaktajeh Hall, who also designed the Warrior/Unity flag), this book documents the important contributions Mohawk warriors have made to modern Indigenous resistance in North America.”