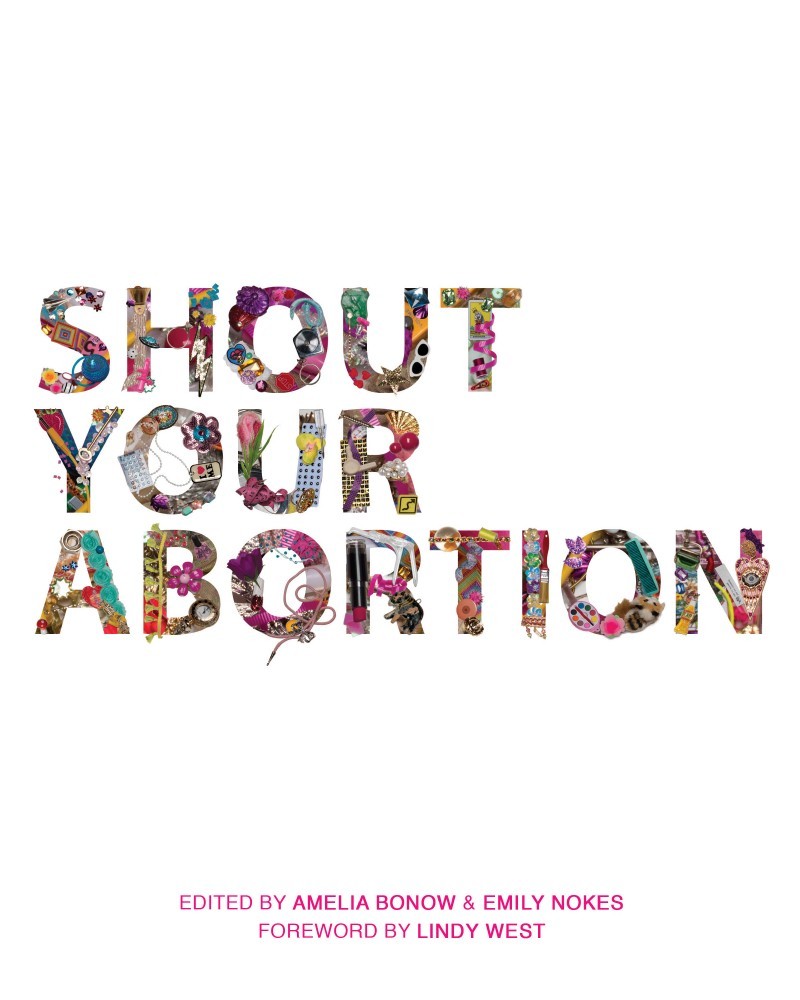 Following the U.S. Congress’s attempts to defund Planned Parenthood, the hashtag #ShoutYourAbortion became a viral conduit for abortion storytelling, receiving extensive media coverage and positioning real human experiences at the center of America’s abortion debate for the very first time. This online momentum quickly launched a grassroots storytelling movement, inspiring countless individuals to share their stories in art, media, and community events and to create spaces for others to do the same.

Shout Your Abortion is a collection of photos, essays, and creative work inspired by the movement of the same name, a template for building new communities of healing, and a call to action. Since the movement’s inception, people have shared stories and begun building community around these conversations in a range of ways: making art, hosting comedy shows, creating abortion-positive clothing, altering billboards, making zines, and hosting “thank you” letter-writing parties for their local abortion providers. This book documents some of these projects and illuminates the individuals who have breathed life into this movement, illustrating the profound liberatory and political power of defying shame and claiming sole authorship of our experiences.

“Shout Your Abortion reflects what makes me most hopeful for this next century, that there’s a whole new generation of young people who refuse to be judged and shamed about who they are, whether it’s their gender identity, their sexual orientation, or what they do with their body.”

“Shout Your Abortion has altered the landscape. We all knew that abortion stigma was a central tool in keeping women silent and isolated. Amelia Bonow busted down that door and women poured through it like a dam had burst.”

– Martha Plimpton, actor and cofounder of A is For

“Zora Neale Hurston said that if you are silent about your pain, people will kill you and say that you enjoyed it. Shout Your Abortion is reducing pain by helping all to reject stigmatizing abortion silence. That too is life’s work.”

“It’s been so inspiring for me to see a woman making that stand, building the movement, bringing our stories forward…because really, this is what it’s going to take. It’s going to take all of us. And we will take the political revolution, with #ShoutYourAbortion and everything else we’re trying to do, to the U.S. Congress. All of us together.”