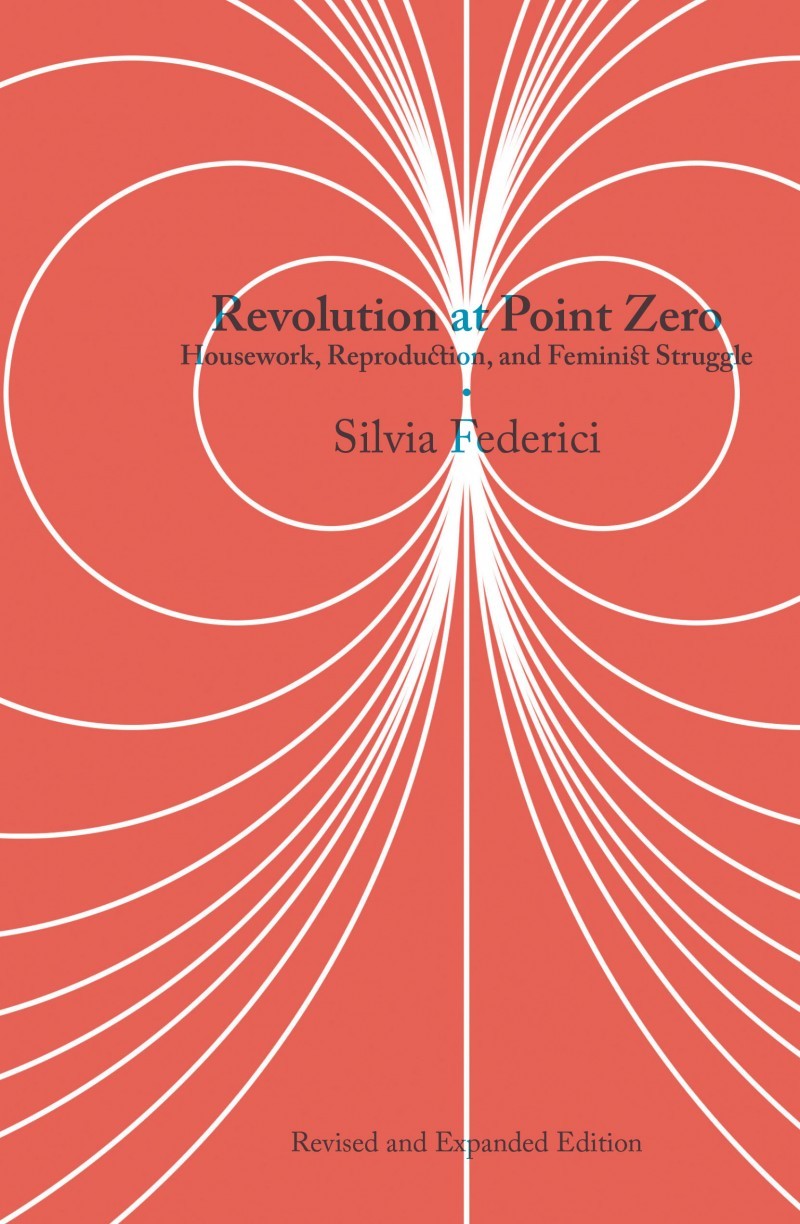 Written between 1974 and 2012, Revolution at Point Zero collects forty years of research and theorizing on the nature of housework, social reproduction, and women’s struggles on this terrain—to escape it, to better its conditions, to reconstruct it in ways that provide an alternative to capitalist relations.

Indeed, as Federici reveals, behind the capitalist organization of work and the contradictions inherent in “alienated labor” is an explosive ground zero for revolutionary practice upon which are decided the daily realities of our collective reproduction.

Beginning with Federici’s organizational work in the Wages for Housework movement, the essays collected here unravel the power and politics of wide but related issues including the international restructuring of reproductive work and its effects on the sexual division of labor, the globalization of care work and sex work, the crisis of elder care, the development of affective labor, and the politics of the commons.

Federici’s attempt to draw together the work of feminists and activist from different parts of the world and place them in historical context is brave, thought-provoking and timely. Federici’s writing is lucid and her fury palpable.

Real transformations occur when the social relations that make up everyday life change, when there is a revolution within and across the stratifications of the social body… . Silvia Federici offers the kind of revolutionary perspective that is capable of revealing the obstacles that stand in the way of such change.

Reading Federici empowers us to reconnect with what is at the core of human development, women’s labor-intensive caregiving—a radical rethinking of how we live.

Federici has become a crucial figure for young Marxists, political theorists, and a new generation of feminists.

– Rachel Kushner, author of The Flamethrowers

It is good to think with Silvia Federici, whose clarity of analysis and passionate vision come through in essays that chronicle enclosure and dispossession, witch-hunting and other assaults against women, in the present, no less than the past. It is even better to act armed with her insights.