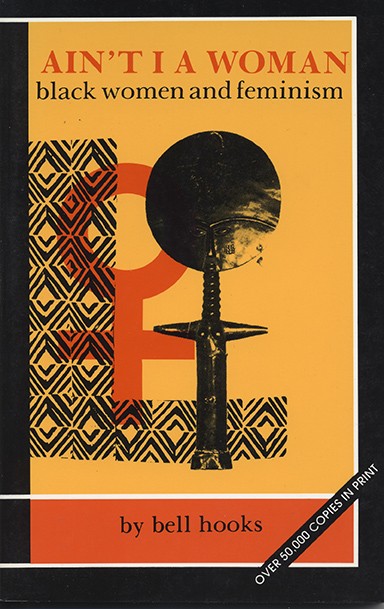 This landmark work of history and theory challenges every accepted notion about the nature of black women’s lives.

Ain’t I A Woman examines the impact of sexism on black women during slavery, the historic devaluation of black womanhood, black male sexism, racism within the recent women’s movement, and black women’s involvement with feminism.

hooks refutes the antifeminist claim that black women are not victims of sexist oppression nor in need of an autonomous women’s movement. She pushes feminist dialogue to new limits by claiming that all progressive struggles are significant only when they take place within a broadly defined feminist movement which takes as its starting point that race, class, and sex are immutable facts of human existence.

bell hooks’ insight as a black woman and a feminist extends the scope of feminist theory and practice for us all, and marks the emergence of a revitalized feminism in the 1980s.

Ain’t I a Woman: Black Women and Feminism is among America’s most influential works. Prolific, outspoken, and fearless.

This book is a classic. It … should be read by anyone who takes feminism seriously.

[Ain’t I a Woman]should be widely read, thoughtfully considered, discussed, and finally acclaimed for the real enlightenment it offers for social change.

One of the twenty most influential women’s books of the last twenty years.

By disentangling race and gender, hooks’ text opens onto an important critical turn in identity politics.