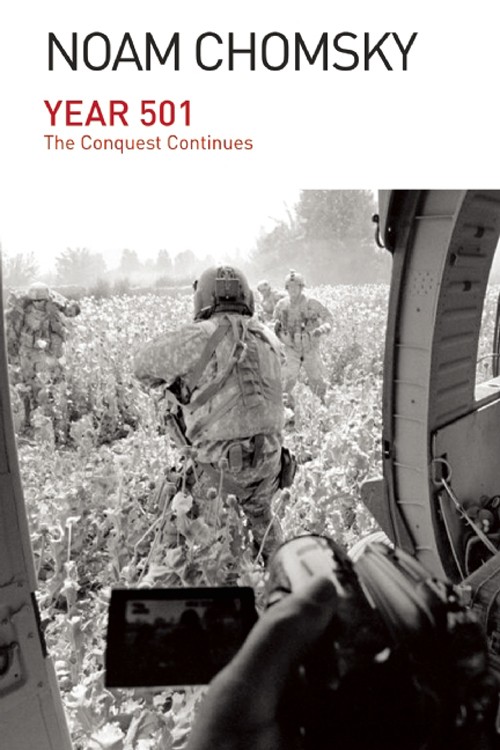 Exploring “the great work of subjugation and conquest” which began with Columbus, in Year 501 Chomsky surveys the history of American imperial power in the ensuing 500 years that followed. Touching on everything from the British in India to the Americans in Beirut, Year 501 is a searing condemnation of the excesses of Western colonial and neo-colonial politics. For those seeking to understand the nature and structure of the imperial project as it reaches down to us today, this work is a vital resource.

Year 501 is another awesome achievement by Noam Chomsky. It is a devastating array of information about the U.S. role in the world, placed in the long historical perspective of the 500 years that followed the voyages of Columbus. The result is a wonderful single-volume education in history and world politics.

Chomsky’s fierce talent proves once more that human beings are not condemned to become commodities.