Making the Case Against War 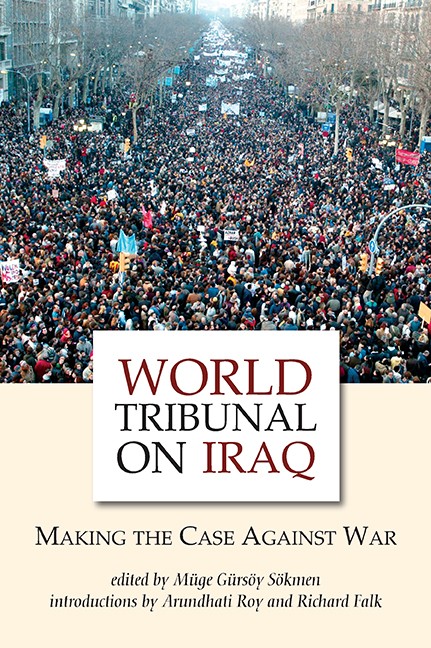 The World Tribunal on Iraq (WTI) was a collective effort involving hundreds of people from all over the world, most of them never having met in person. Inspired by the Bertrand Russell Tribunal of the Vietnam War era, WTI aimed to record not only the crimes against the Iraqi people, but also crimes committed against humanity. With contributions from over fifty internationally renowned experts, World Tribunal on Iraq examines every aspect of the war, from its legality, to the history of US and British military interventions in Iraq, to the role of international institutions and corporations in the occupation, to the use of torture, and to strategies of resistance.

The attack on Iraq ia an attack on justice, on liberty, on our safety, on our future, on us all. We, people of conscience, decided to stand up. We formed the World Tribunal on Iraq (WTI) to demand justice and a peaceful future….

– from the Declaration of the Jury of Conscience