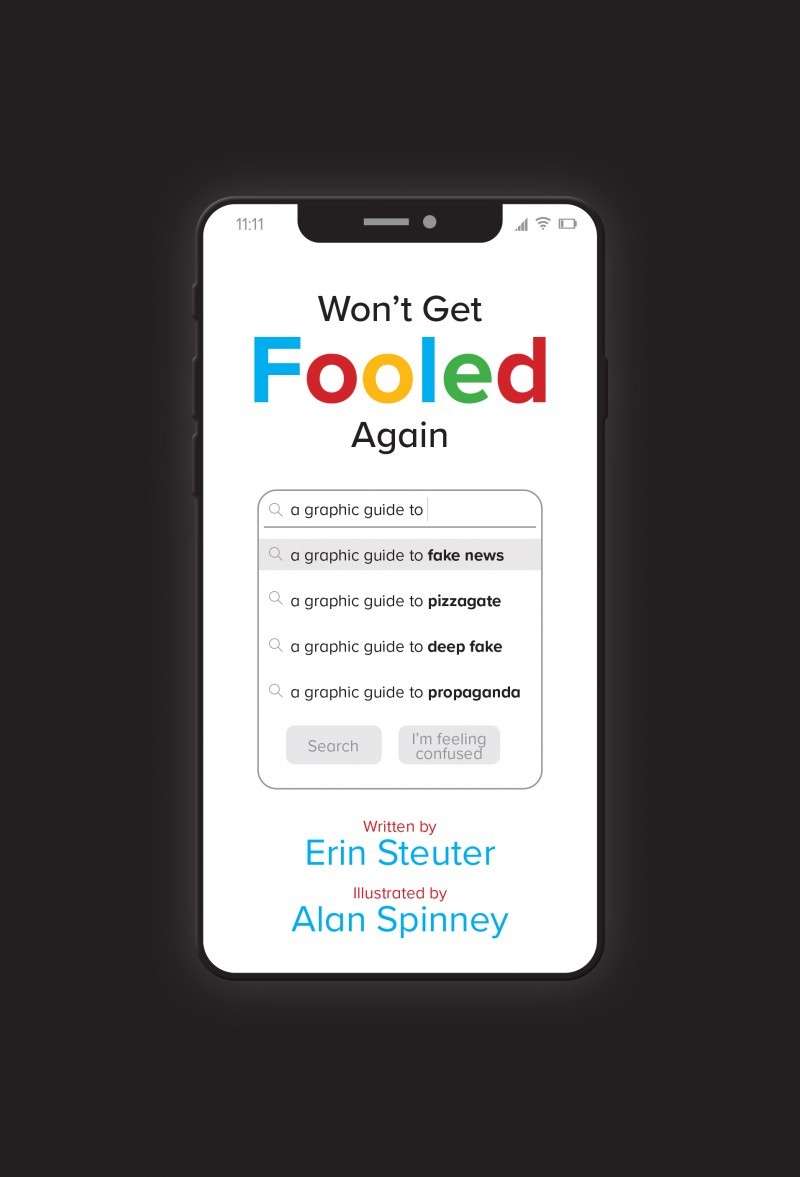 “Fake news!” screams Donald Trump from his Twitter account when journalists ask tough questions about his past or present behaviour. Meanwhile, his Fox & Friends fan club makes dubious claims about anyone who challenges his power. Fake news inflames racism, stokes fear, spreads confusion, and undermines democracy.All while CO2 levels continue to rise as “experts” tell us it’s nothing to worry about. But how do we tell which news is real?

In this meticulously researched but accessibly written comic, Erin Steuter shows us how to spot fake news and how to stop it. Won't Get Fooled Again is an engaging examination of the Fake News phenomenon, as seen through the eyes and ears of students, families, shoppers and seniors. No one is safe from its clutches, but there are ways to escape. Using current examples from around the world, this entertaining comic explains the ways that governments, media owners, advertisers, powerful corporations, and think tanks can influence the organization and content of the news media to manipulate voters or reap billions in profits This graphic novel will educate and elucidate.