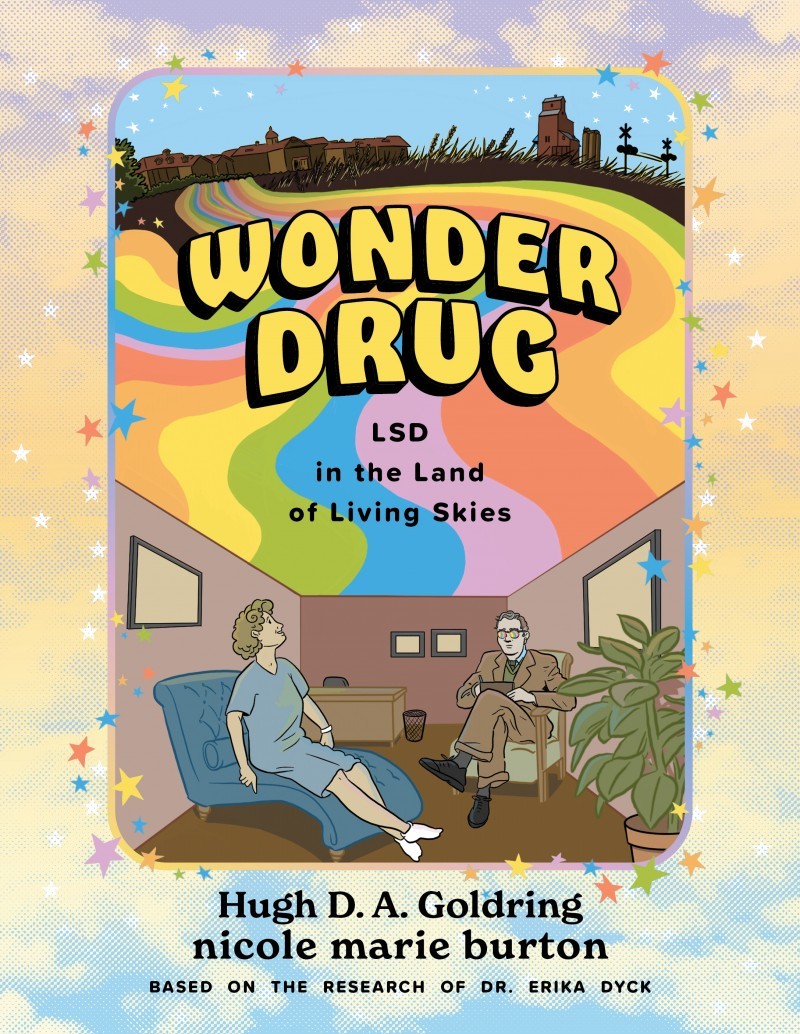 LSD in the Land of Living Skies

Available for purchase on November 8, 2021

Could it be that the most remote frontiers of twenty-first-century exploration lie inside the human mind? Illustrated in kaleidoscopic full colour, Wonder Drug is the graphic history of a controversial and little-known medical research project carried out in the Canadian prairies—one that championed LSD as a way to model schizophrenia and cure ailments from alcoholism to depression.

Spanning the decades from the 1950s to present day, this captivating story follows Anglo-Canadian psychiatrist Dr. Humphry Osmond down the rabbit hole of psychedelic research, conducted both in the lab and in his living room. Lurching from dazzling imagery to fanged delusions, and studded with a cast of radical personalities such as Aldous Huxley, Allen Ginsberg, Ken Kesey, and Kay Parley, Wonder Drug is a trip like no other.

As Osmond and his colleagues grapple with professional isolation, a growing moral panic, and the burgeoning War on Drugs, their growing body of findings are maligned and misunderstood—but the promise of pharmapolitical revolution is still on the horizon, and the radical research in Weyburn, Saskatchewan may yet be realized.