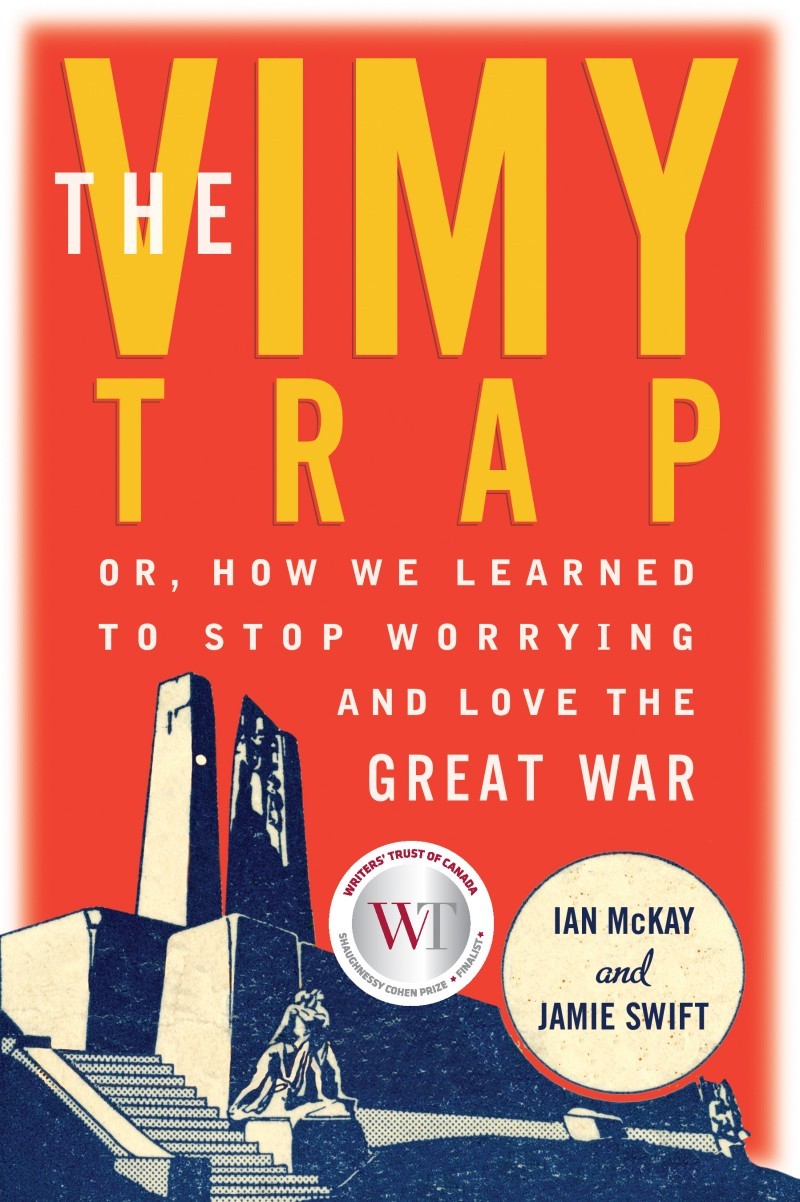 The story of the bloody 1917 Battle of Vimy Ridge is, according to many of today’s tellings, a heroic founding moment for Canada. This noble, birth-of-a-nation narrative is regularly applied to the Great War in general. Yet this mythical tale is rather new. “Vimyism”— today’s official story of glorious, martial patriotism—contrasts sharply with the complex ways in which veterans, artists, clerics, and even politicians who had supported the war interpreted its meaning over the decades.

Was the Great War a futile imperial debacle? A proud, nation-building milestone? Contending Great War memories have helped to shape how later wars were imagined. The Vimy Trap provides a powerful probe of commemoration cultures. This subtle, fast-paced work of public history—combining scholarly insight with sharp-eyed journalism, and based on primary sources and school textbooks, battlefield visits and war art—explains both how and why peace and war remain contested terrain in ever-changing landscapes of Canadian memory.

Uncomfortable and inconvenient questions are signs of a robust culture, especially when they are about war and how it is remembered. McKay and Swift have taken up the torch with vigour, detail, and irony. Read on.

In recent years, the idea that “Canada became a nation” at the April 1917 Battle of Vimy Ridge has practically become an official doctrine of the Canadian state. The Vimy Trap is for those who have nagging instinctive doubts about this. It is an authoritative, sometimes indignant debunking of “Vimyism” that inquires into the truth of the battle, documents its mythologization, and reflects on the legacy of the First World War. McKay and Swift’s book is almost too contrarian and hard-hitting to be Canadian, and almost too well-written for its dual byline to seem possible.

The Vimy Trap is a powerful exposé of the claim Canada was “born” during a relatively inconsequential battle fought in a pointless and horrific war. There is no better book to understand World War I mythology and militarist Canadian nationalism.

The Vimy Trap shows us with skill and compassion how difficult it is to honor those who die in war without glorifying war itself. A tract for the times.

The Vimy Trap is an essential antidote. The poison it seeks to counter is decades of English-Canadian nationalist history, both of the popular and academic variety, which constructs positive meaning out of a bloody, devastating, and pointless conflict. Domestically, the Great War revealed a Canada divided along class, ethnicity and race, gender, and geography. Ian McKay and Jamie Swift, in elegant and engaging fashion, portray how the dominant version of the war eventually became one of “Vimyism” that included a Canada birth narrative.

Well-written and researched, and supplemented by a wide variety of primary and secondary sources, the authors present clear and valid arguments.

The Vimy Trap is openly (and refreshingly) polemical, well researched, and lucid in its cultural criticism and is likely to disrupt the martial celebrations of Vimy’s 100th anniversary.

What a revelation this book is. The Vimy Trap offers a detailed look at how a relatively unimportant First World War battle has somehow been rebranded as a defining moment in Canadian history. McKay and Swift unpack the politics and propaganda at the heart of this change, revealing just how complex and contested our sense of ourselves and our country’s past can be.

– Michael Crummey, poet, novelist, and co-writer of the CBC documentary Newfoundland at Armageddon

Complicated arguments are presented throughout with nuance and clarity.

In The Vimy Trap, Ian McKay and Jamie Swift meticulously and artfully recount how tragedy was recast as triumph and “Vimyism” became the lens through which Canadians were encouraged to view the Great War (and war in general). Rich in detail and precisely argued, The Vimy Trap debunks the official myth of Vimy Ridge as a battle that defined the spirit of an emerging, modern Canada–a myth conspicuously, gallingly out of step with Canadian soldiers’ own experience of the war. Perhaps most importantly, The Vimy Trap warns that revisionist mythmaking can skew a nation’s responses to challenging global events, even today, making it essential reading for anyone concerned with Canada’s past, present, or future roles on the world stage.

The Vimy Trap offers compelling perspectives on current political and nationalistic projects that continue to glorify war. Using counter-narratives based on analysis of art, memorials, literature, and theatre, McKay and Swift have created a well-researched, notable read for the centennial of the Battle of Vimy Ridge.

– Jan Lermitte, specialist in Canadian literary studies and instructor at Trinity Western University and The University of British Columbia

Challenging, absorbing, and, at times, defiantly critical, The Vimy Trap is essential reading for anyone interested in the history behind Canada’s conventional First World War narrative.

The Vimy Trap presents a careful, nuanced, and very readable examination of the many ways that the Battle of Vimy Ridge and the First World War as a whole have been understood in Canada over the last hundred years. In the face of the de-contextualized and hypernationalist mythology of Vimy that gets mobilized in support of war and empire in the twenty-first century, this book will be an important resource for those of us committed to struggles for peace and social justice.

– Scott Neigh, author of Resisting the State: Canadian History Through the Stories of Activists and host of Talking Radical Radio

McKay and Swift have boldly challenged one of Canada’s most heretofore unassailable historical myths: that Canada became a nation on the battlefield of Vimy Ridge. Their accurate dissection of the actual events of that 1917 battle and their denunciation of the subsequent glorification of the Great War itself are a long overdue rebuttal to the excessively patriotic prose fed to us by the usual Drums & Bugles brigade of historians. A well-written and well-researched commentary.