The Mountie from Dime Novel to Disney 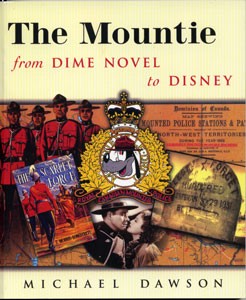 Historian Michael Dawson digs deep into the written and pictorial record to reveal how the RCMP, since its inception, has constructed and zealously guarded its public image. Drawing on previously untapped sources, Dawson documents how consultants and entrepreneurs deliberately transformed and modernized the traditional symbolism of the Mountie. His trenchant analysis extends to the ironies of the recent licensing of the hallowed Mountie image to the ultimate dream-merchants—Disney.

A fascinating account of the Mountie’s history as national symbol.