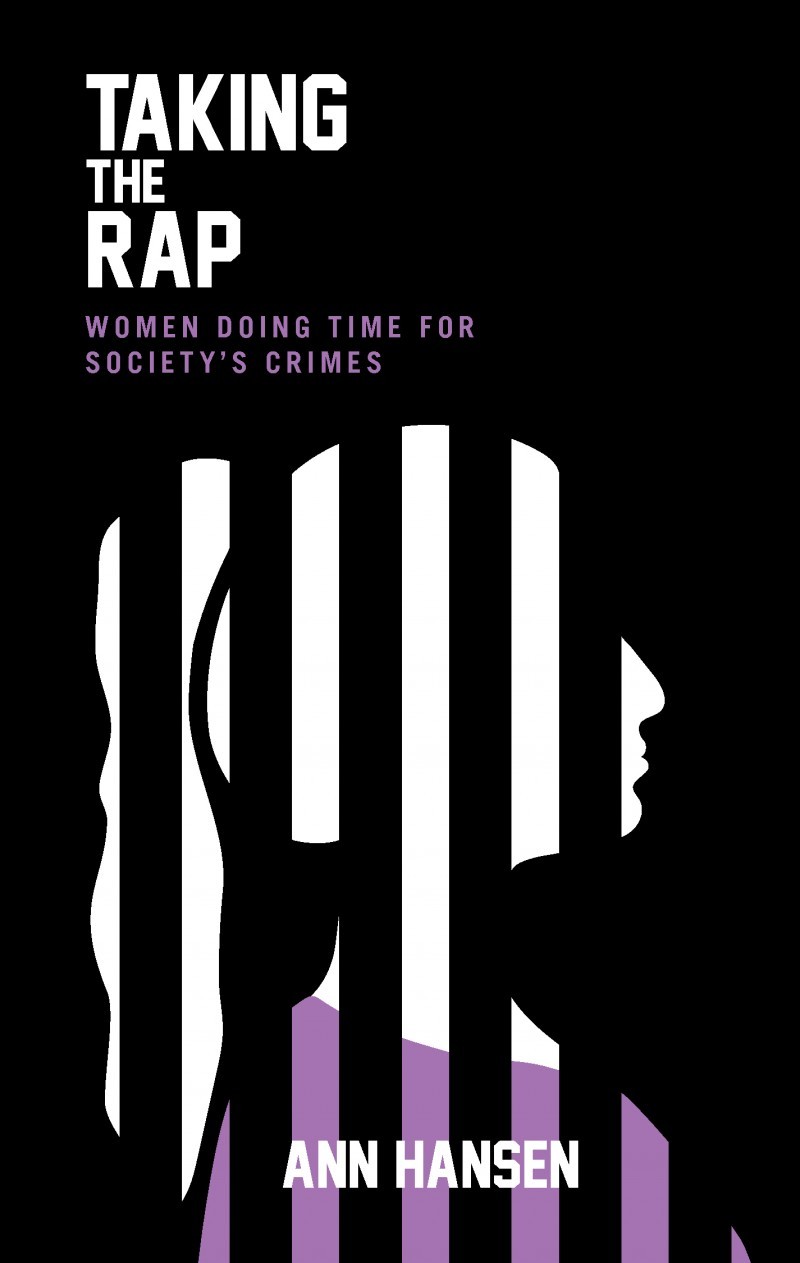 When Ann Hansen was arrested in 1983 along with the four other members of the radical anarchist group known as the Squamish Five, her long-time commitment to prison abolition suddenly became much more personal. Now, she could see firsthand the brutal effects of imprisonment on real women’s lives.

During more than thirty years in prison and on parole, the bonds and experiences Hansen shared with other imprisoned women only strengthened her resolve to fight the prison industrial complex. In Taking the Rap, she shares gripping stories of women caught in a system that treats them as disposable-poor women, racialized women, and Indigenous women, whose stories are both heartbreaking and enraging. Often serving time for minor offences due to mental health issues, abuse, and poverty, women prisoners are offered up as scapegoats by a society keen to find someone to punish for the problems we all have created.

“Ann Hansen’s powerful memoir, based on her experiences as a self-avowed urban guerrilla and her consequent prison years is a compelling examination of both the system and individual lives. Drawing upon a deep analysis of colonialism and racism in a voice that is both passionate and compassionate, she shows readers that neoliberalism has led to even more virulent strains of imprisonment, policing, and surveillance.”

“Ann Hansen’s memoir combines a riveting story with a brilliant exposé of the inner workings of the prison industrial complex. Charged with empathy, courage, and an anarchist passion for justice, Taking the Rap, is a must-read for scholars, activists, and troublemakers.”

– Allan Antliff, director of the Anarchist Archive, University of Victoria

“Taking the Rap is a gripping personal story of the prison system’s political priorities and institutional violence. It is a must-read for anyone who wants to know more about the social world of prisoners, the complexities of resistance in the face of incarceration, and the impact of colonialism, capitalism, patriarchy, and racism in Canada.”

“In narrating her truth about women’s incarceration in Canada’s prisons and jails, Ann Hansen gives us a heartbreaking account of what the imprisoning of women really means—and the troubles it engenders. Violence, misery, and corruption are rife in these carceral spaces, but so too is the enduring resilience of so many of the women confined within them.”

– Elizabeth Comack, professor of sociology and criminology, University of Manitoba

“Courageous in its vulnerability, Hansen’s gripping memoir speaks to both the spirit of dignity and solidarity among those who have shared extreme degradation and the manner in which the all-pervasive injustice of prison culture is corrosive to the psyche of jailer and jailed alike. Ultimately, Taking the Rap advances that most urgent and compelling argument for prison abolition: the story of the imprisoned.”

“In this intellectually engaging, politically radical, and emotionally evocative memoir, Ann Hansen recounts her experiences in Canada’s correctional system. For too long, political and legal conversations about the criminalization and incarceration of women have ignored the voices of the women prisoners themselves—Hansen’s bold and raw telling of her own stories is a must-read for academics, lawyers, and policymakers alike.”

– Rebecca Bromwich, author of Looking for Ashley:  Re-Reading What the Smith Case Reveals about the Governance of Girls, Mothers and Families in Canada

“Ann Hansen is an honest, powerful, self-aware storyteller who combines sharp political analysis with compelling dialogue and characterization. In Taking the Rap, she shows how a life lived in struggle can also be a life of joy, compassion, humour, and intimacy. This book is a must-read for those who are fighting against, or simply want to better understand, the deleterious effects of the prison industrial complex upon the most marginal and vulnerable people in our society.”

“Taking the Rap reveals in sometimes excruciatingly vivid detail the injustices and inequalities heaped on women as a result of social, economic, and legal systems that privilege those in power, particularly those who are what a Maori friend refers to as the “male, pale, and stale” crowd. Her passionate alliance with the women whose struggles she shares provides readers with a rare vantage point from which to examine the impoverishment of a legal system that is too often devoid of justice.”

“Taking the Rap is an intimate combination of memoir and critical analysis. Through a thirty-year lens, Hansen flavours her personal narrative with introspection and political insight. Anyone who wants to understand the human impact and political context of Canada’s prison and parole system, needs to read this extraordinary book.”

“Taking the Rap will change the way you think about the necessity of prisons.”

“Taking us into the belly of the beast that is the Canadian carceral state as only a political prisoner with first-hand experience of incarceration can, Taking the Rap is a must-read for organizers and scholars seeking to make sense of and resist the persistence of imprisonment and its intensification.”

“Taking the Rap is well-written, part diatribe — prisons “are systemic features of capitalism that cannot be eliminated without abolishing capitalism itself” — and part steamy romance: “She brushed her velvety lips softly against mine, teasing me until I arched my back up toward her.” In between are insights Hansen gained from the women around her, the most valuable part of the book.”

“With great skill and no small amount of grace, Hansen gifts her subjects with the humanity and compassion that they are so often denied in other narratives. By relating the records of facts and figures of demographics as to who is incarcerated and why to real people’s stories, there is a wealth of understanding delivered that surpasses the reach of mere statistics….Hansen’s book is a powerful witness to what is being done wrong beneath the pretense of protecting society.”

“While her personal experiences shed light on the daily lives of prisoners in Canada, the true value of Taking the Rap is that Hansen will regularly highlight the glaring disparity between her treatment as a white, middle-class prisoner and Indigenous and Black prisoners. Taking the Rap is a must-read to better understand how Canada’s prison system is failing the most vulnerable of our citizens.”