The Politics of Climate Change in Canada 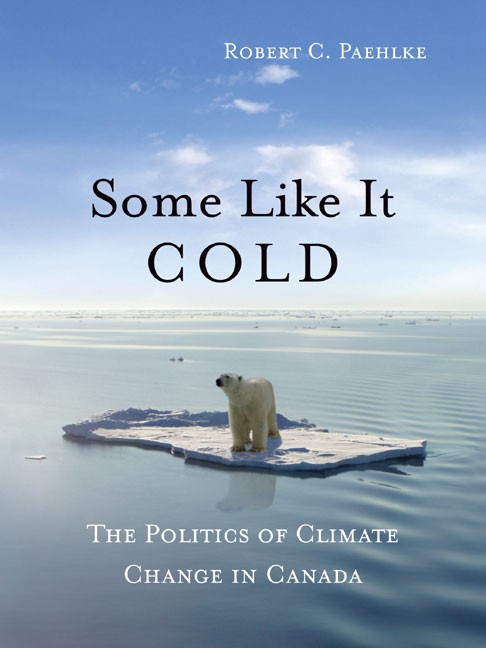 Some Like It Cold plunges headlong into the political conundrum of Canadas climatechange debate. Focusing on the past responses of both Liberal and Conservative governmentsto the looming crisisranging from negligence to complicity and connivancePaehlke illuminatesthe issues surrounding compliance with global regulations such as Kyoto, includingthe dilemma of tar sands development. But he also lays out crucial political steps that could, if taken, lead towards a solution. While he presents a potentially positive projection for the future, Paehlke is not afraid topoint a finger at Canadas fractured and flawed democracydemonstrating that the countrysambivalence is our biggest hindrance to joining the international quest to move forward onthis unparalleled global challenge.

A brief and lucid survey of the history of climate-change politics in Canada … the issues and the options are clearly, almost elegantly, spelled out.

A clear and concise picture of Canada’s political position regarding climate change … gives the crucial facts about climate change without being overly alarmist. The book is informative and empowering.

Robert Paehlke … has undertaken the heroic task of stitching together a quilt that reflects this diverse nation and its political, scientific and business response to this regional and global issue. … A long essay about knowing your place in history before it slips away.

“An informative and impassioned wake-up call to those who still believe theres ample time to act on critical environmental issues.

More than simply an indictment of Canadas world class ambivalence on global warming, Some Like It Cold assesses why our political system has thus far failed so spectacularly to deal with climate change… While the federal government talks about being an energy superpower, Paehlke gets at what it would mean for us, and our neighbours, if we were to act like one.

An exciting, incisive, and disturbing analysis of the massive climate policy failure inCanada. Climate change is the defining policy issue for Canada today and Paehlke shows the urgent need for action now.