From Barbie to Pussy Riot 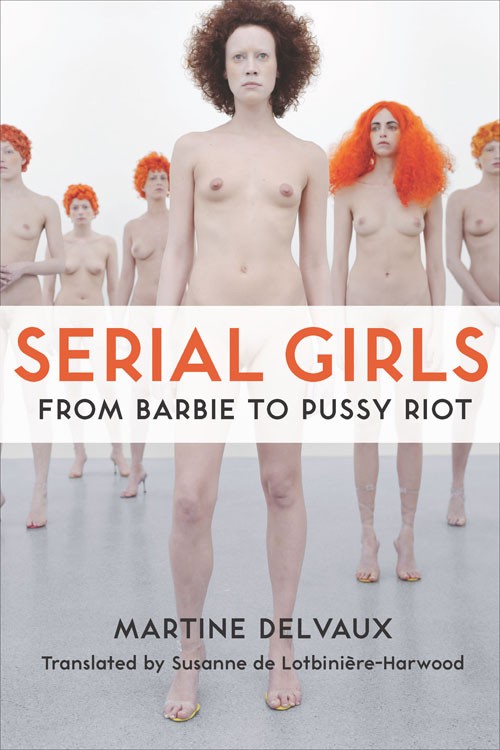 On TV and in film, on the internet and in magazines, pop culture and ancient architecture, serial girls are all around us, moving in perfect sync—as dolls, as dancers, as statues. From Tiller Girls to Barbie dolls, Playboy bunnies to Pussy Riot, Martine Delvaux produces a provocative analysis of the many gendered assumptions that underlie modern culture. Delvaux draws on the works of Barthes, Foucault, de Beauvoir, Woolf, and more to argue that serial girls are not just the ubiquitous symbols of patriarchal domination but also offer the possibility of liberation.

What lies in the meaning of the word girl? This is the central question in Serial Girls, a refreshing feminist analysis of the reproduction of femininity defined according to narrow, patriarchal ideals where doll-like sameness is desirable, and fantasies and fetishes about girls abound. Using examples that include Barbie, beauty pageants, cover girls, RealDolls, Little Red Riding Hood, Pussy Riot, and the television series Girls, Martine Delvaux looks beyond the image and explores how these serial girls can be read as a form of resistance, representing real desires and refusing the limits of sameness. Put Pussy Riot at maximum volume and get your Barbies out of storage – the Serial Girls revolution is here!

This book excites me – brilliant, clear, funny, catchy, original, learned and insurgent. It incites readers to think and to riot – as in Pussy Riot. There’s nothing else like it. Brava!

Serial Girls tackles some of the most complex topics in feminist pop culture. Gendered identity, media consumption, art as a challenge to the patriarchy, it is all there. Martine Delvaux has written a call to arms against institutions focused on packaging women as one-note objects.

– Dr. Adrienne Trier-Bieniek, author of Sing Us a Song, Piano Woman: Female Fans and the Music of Tori Amos