The Life and Death and Life of Julie S. Lalonde 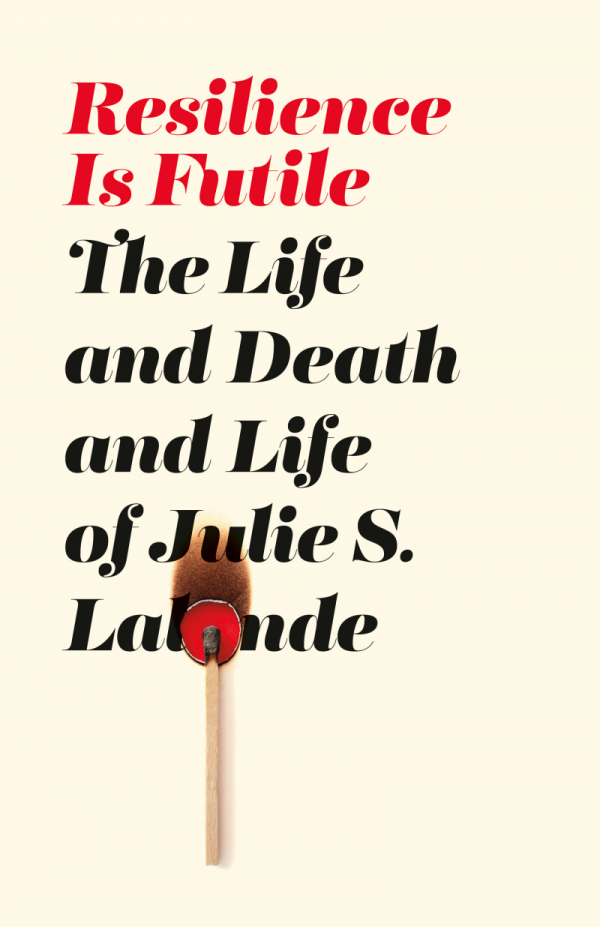 A memoir of terror. An indictment of a misogynistic system that silences survivors.

For over a decade Julie Lalonde kept a secret. As an award-winning advocate for women’s rights, she criss-crossed the country, denouncing violence against women and giving hundreds of media interviews along the way. Her work made national headlines for challenging universities and taking on Canada’s top military brass. But while appearing fearless on the surface, Julie met every interview and event with the same fear in her gut: was he here?

Fleeing intimate partner violence at age twenty, Julie was stalked by her ex-partner for over ten years, rarely mentioning it to friends, let alone addressing it publicly. The contrast between her public career as a brave champion for women with her own private life of violence and fear meant a shaky and exhausting balancing act.

Resilience Is Futile is a story of survival, courage, and ultimately, hope. But it is also a challenge to the ways we understand trauma and resilience. It is the story of one survivor who won’t give up and refuses to shut up.

“Lalonde’s brave new book is chilling, upsetting, and so very important.” – Robyn Doolittle, Globe and Mail reporter and author of Had It Coming: What’s Fair in the Age Of #MeToo?

“Read this book and feel your hands tremble. Lalonde’s story is both a page-turner and a deep psychological portrait of the complex, compromising bond between stalker and stalked, a story that will upset your received narratives of victimhood. Lalonde’s voice is uncompromising.” – Alex Leslie, author of We All Need to Eat

“A chilling insight into what it is like to survive under surveillance. Stalking has been a neglected topic in the #MeToo movement. This book is guaranteed to change that.” – Mandi Gray, activist and subject of the documentary Slut or Nut: Diary of a Rape Trial

“Both fierce and vulnerable, Lalonde reminds us that healing is rarely linear and almost never final—but something always worth fighting for.” – Lauren McKeon, author of F-Bomb: Dispatches from the War on Feminism

“Lalonde’s breathtaking memoir reignites the necessity of voice. She challenges the conversation around the way we hold and discuss trauma and pens the words with incredible clarity. Silent, she is not, and we are all better for it.” – Chelene Knight, author of Dear Current Occupant

“When reading Resilience is Futile, you can’t help but be motivated by Lalonde’s ability to regain control of her own life while improving the lives of countless other women.”

“Lalonde captures these moments of silencing, giving as much weight to her shame-fuelled decisions as the later journey of uplifting self-respect and sovereignty. These confessions convince us of the complicated, nuanced realities of being stalked, many of which are often dismissed as romantic or charming by those who are not privy to the fear they elicit.”

“Lalonde is an engaging writer who mixes humour and horror, irony and moments of acute, brutally honest self-awareness to open the door to a world that receives too little attention.”