By Maite Mompó  Photographs by Greenpeace 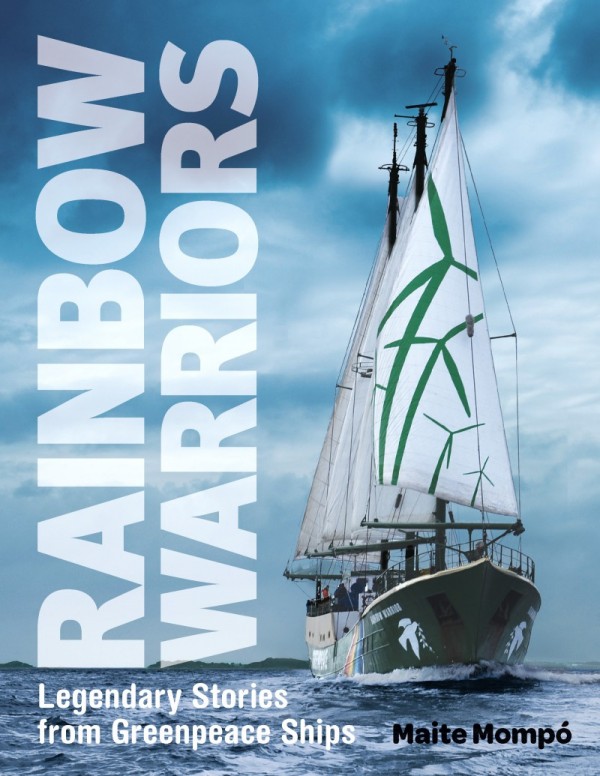 Following the lives of the three Greenpeace ships with the name “Rainbow Warrior”, long-serving Greenpeace activist, Maite Mompó tells the inside stories of life on board and recounts some of the ships’ most exciting adventures and actions.

Rainbow Warriors provides a narrative of real life on board, a history of these famous vessels, and a history of Greenpeace that goes beyond the organization’s work on the oceans. Starting with the early life of Greenpeace and the bombing of the Rainbow Warrior I by the French secret service through to the imprisonment of the Arctic 30 by the Russians, the stories are brought to life with colour photos from the Greenpeace archives, maps, and nautical charts. Mompó’s tales from the high seas are full of action and daring but also of humanity and great compassion.

The book provides comprehensive insight into how ships play an important role in Greenpeace as a global organization. However Rainbow Warriors is not just about Greenpeace ships, campaigns and actions but also about people, about what is happening in the world and what we do to try and solve environmental problems

Rainbow Warriors by Maite Mompó recalls the origins of Greenpeace and reasons that citizens all over the world are rising up to heal our wounded Earth. This is a fine contribution to ecological history and an urgent call to action.

This book is a labour of love and dedication – bringing alive the story of a great ship and those who sailed in her. The electrifying tour of the ship she loved, by “Deck Hand” - Maite Mompó deeply influenced my stubborn insistence as Board Chair, that Greenpeace deserved a new state of the art ship. In a path breaking move, funds were sought and found entirely by way of contributions from supporters around the world who believed in and created a nimble sea based platform - the Rainbow Warrior III.

Greenpeace activist Maite Mompó’s book Rainbow Warriors tells of the terror, bravery and compassion involved in her work and offers some eye-opening facts and figures. Maite also explains the humanitarian and environmental reasoning behind each Greenpeace campaign in this captivating read.

– Coast Magazine, Book of the Month