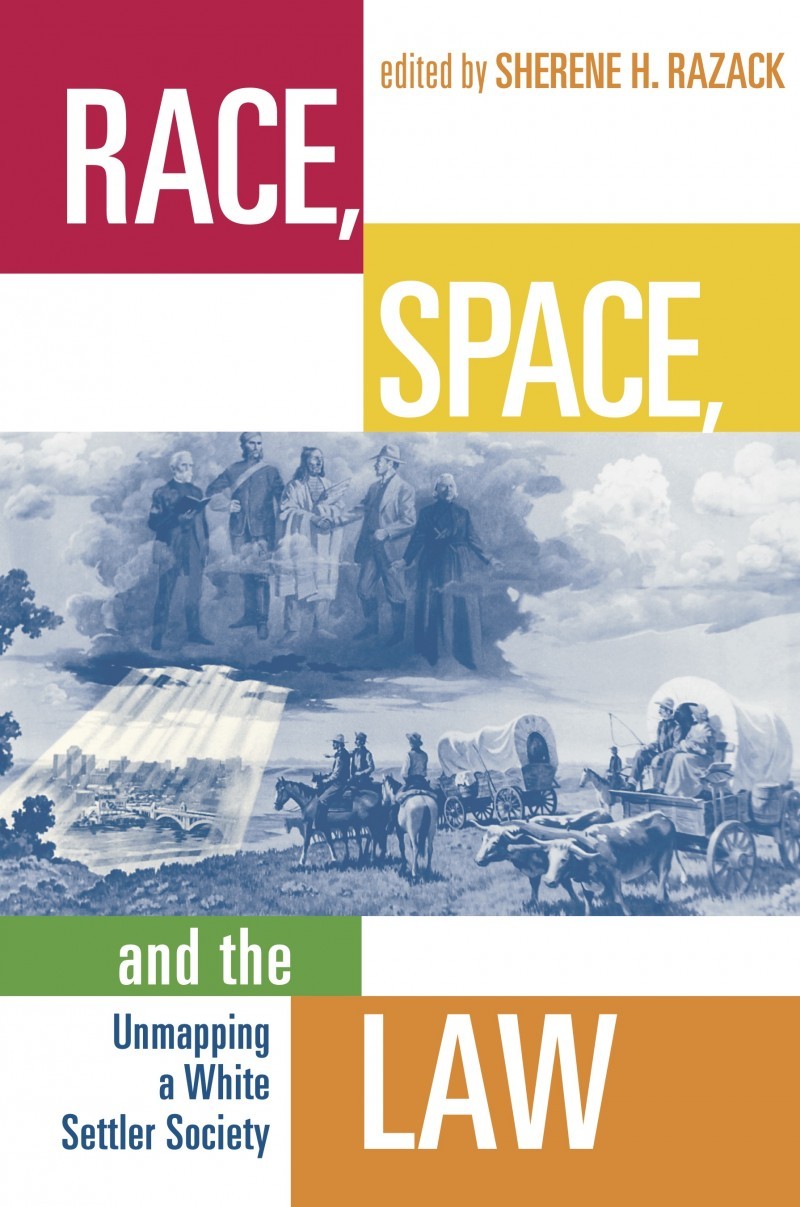 Race, Space, and the Law

Race, Space, and the Law belongs to a growing field of exploration that spans critical geography, sociology, law, education, and critical race and feminist studies. Writers who share this terrain reject the idea that spaces, and the arrangement of bodies in them, emerge naturally over time. Instead, they look at how spaces are created and the role of law in shaping and supporting them. They expose hierarchies that emerge from, and in turn produce, oppressive spatial categories.

The authors’ unmapping takes us through drinking establishments, parks, slums, classrooms, urban spaces of prostitution, parliaments, the main streets of cities, mosques, and the U.S.-Canada and U.S.-Mexico borders. Each example demonstrates that “place,” as a Manitoba Court of Appeal judge concluded after analyzing a section of the Indian Act, “becomes race.”

An insightful and provocative intervention.

States of Race will be useful for those already knowledgeable about the subject, as well as for novices. [It] is a valuable resource for anyone interested in critical race feminism and its application in a Canadian context.

A refreshing and thoughtful collection that explores a range of realities faced by women and feminists of colour…. The editors and contributors have interwoven critical race and transnational feminism, post-structuralist feminist theory, and philosophy to offer incisive analyses on a range of current topics of interest to all critical thinkers across the globe. This volume – subtle, illuminating and accessible – should be required reading for students and faculty in critical race theory, women’s studies, and political and feminist philosophy courses.

With theoretical sophistication and analytical brilliance, this collection is essential reading that provides readers with critical tools to understand the relation between Canadian (and North American) racisms, neoliberalism, and the War on Terror. These eight essays incisively reveal the multiple, interconnected, and transnational projects of racism through a critical race feminism that is an exemplary practice of solidarity, coalition, and critique.

[The book’s] strengths lie in the new approach to quantifying and researching issues and situations that were previously disregarded as not susceptible to academic analysis and its advancement of scholarship in the area of race relations in Canada.