Patriarchy of the Wage

Notes on Marx, Gender, and Feminism 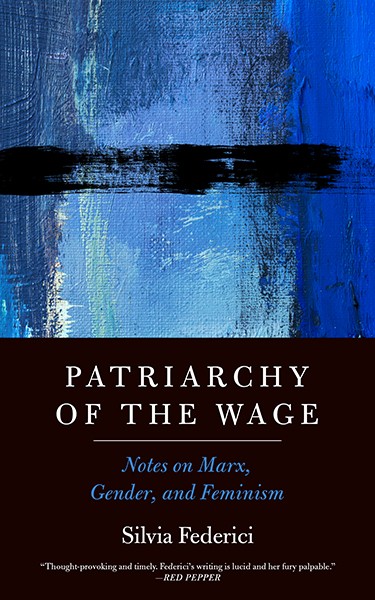 At a time when socialism is entering a historic crisis and we are witnessing a worldwide expansion of capitalist relations, a feminist rethinking of Marx’s work is vitally important. In Patriarchy of the Wage, Silvia Federici, best-selling author and the most important Marxist feminist of our time, asks why Marx and the Marxist tradition were so crucial in their denunciation of capitalism’s exploitation of human labour and blind to women’s work and struggle on the terrain of social reproduction. Why was Marx unable to anticipate the profound transformations in the proletarian family that took place at the turn of the nineteenth century, creating a new patriarchal regime?

In this fiery collection of penetrating essays published here for the first time, Federici carefully examines these questions and in the process has provided an expansive redefinition of work, class, and class-gender relations. Seeking to delineate the specific character of capitalist “patriarchalism,” this magnificently original approach also highlights Marx’s and the Marxist tradition’s problematic view of industrial production and the State in the struggle for human liberation. Federici’s lucid argument that most reproductive work is irreducible to automation is a powerful reminder of the poverty of a revolutionary imagination that consigns to the world of machines the creation of the material conditions for a communist society.