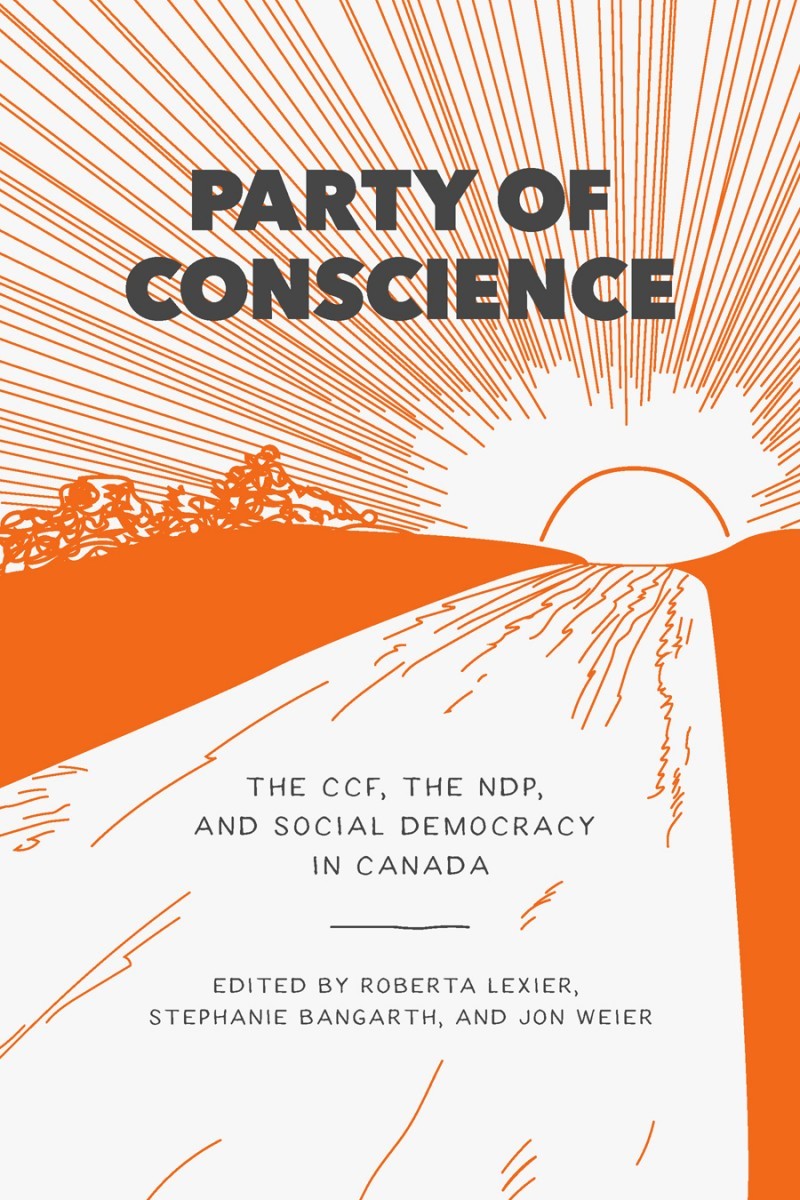 The CCF, the NDP, and Social Democracy in Canada

Surveying the field of political history in Canada, one might assume that the politics of the nation have been shaped solely by the Liberal and Conservative parties. Relatively little attention has been paid to the contributions of the CCF and NDP in Canadian politics. This collection remedies this imbalance with a critical examination of the place of social democracy in Canadian history and politics.

Bringing together the work of politicians, think tank members, party activists, union members, scholars, students, and social movement actors in important discussions about social democracy delving into an array of topics including municipal, provincial, and national issues, labour relations, feminism, contemporary social movements, war and society, security issues, and the media, Party of Conscience reminds Canadians of the important contributions the CCF and NDP have made to a progressive, compassionate idea of Canada.

Party of Conscience is a sophisticated re-examination of the past and present of Canada’s party of the left, which is both timely and long overdue. Drawing from a wide array of academics, activists, and party stalwarts the essays here give all concerned much to think about as progressive democrats everywhere seek new ways to replace the social, political, and economic injustices of twenty-first-century capitalism with a more just socially democratic order.

Party of Conscience is an important addition to the current conversation about the left and electoral politics. The book feels like a conversation around a kitchen table; both a dialogue and a reflection on where we have been and where to go from here.

In a world filled with inequality and injustice, Party of Conscience offers a lively and thought-provoking collection of essays about the past history, present challenges, and future prospects of social democracy in Canada.

– Alan Whitehorn, author of Canadian Socialism: Essays on the CCF-NDP

Social democracy is woven into the Canadian political culture. Building on the foundations laid by the CCF, the NDP has gone on to govern six provinces and a territory, and to play an influential role in Parliament. This book reminds us of social democracy’s Canadian roots and the contributions of social democrats to fashioning Canada.

Unlike the Liberals and Conservatives, the NDP has never been a party focused solely on political victory. It remains rooted in a never-ending grassroots debate defined by the polarities of political pragmatism and political purity. This book unpacks these internal debates to show how the NDP continues to be a relevant force for political ideas and rebirth.

It’s great to see a book that covers so much history of the CCF/NDP from multiple perspectives—academic and personal, with varied and diverse viewpoints reflected to share a rich and complex story.

Party of Conscience is a thought-provoking intellectual history of the CCF/NDP from its origins to present day, which provides a captivating overview of the debates that have animated its history. It is a must-read for citizens looking for a critical perspective on the CCF/NDP and for anyone who wants to understand where Canada’s left has been and where it might go in the future.

Party of Conscience provides an insightful analysis of the important role played by the CCF/NDP in Canadian politics. Drawing on Canada’s leading experts in the field, the book fills what was too long a gap in our understanding of Canada’s social democratic parties.

– David Docherty, President, Mount Royal University and author of Mr. Smith Goes to Ottawa: Life in the House of Commons

As democracy is under siege in many places and the gap between the rich and the poor steadily grows, this is a good time to be reminded of why the CCF and NDP were formed in the first place, and why we still need a strong left voice!

The history and practice of socialism and social democracy in Canada has long needed this kind of wide-ranging, multi-dimensional analysis. This collection of essays brings together fascinating insights into the roots of the CCF/NDP, its ideological distinctiveness, and the political diversity and complexity that have run through the party. Party of Conscience sheds light on how to move forward into a world of greater social justice.