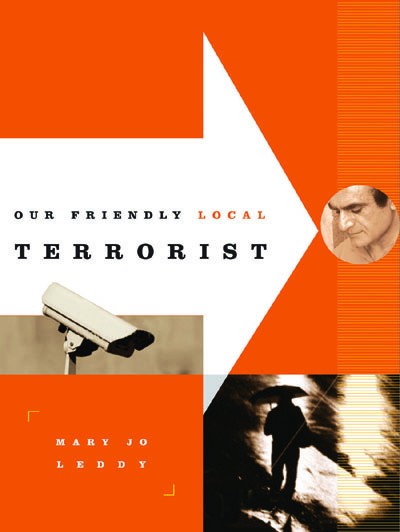 Our Friendly Local Terrorist tells the story of the fourteen-year struggle of Suleyman Goven, a Kurd accused by the Canadian Security Intelligence Service of being a terrorist. Mary Jo Leddy was “accidentally” present at Suleyman’’s first interview with CSIS. During that eight-hour ordeal he was propositioned: you work for us as a spy and you’ll get your papers; otherwise—there are no guarantees. Mary Jo continued to be a witness to this bizarre and painful process over the following years at judicial and semi-judicial hearings, which finally ruled that Suleyman ought to be given his papers.

This moving personal story explores the efficacy of the immigration and security clearance systems in the Canadian government. It also provides an entry into the (often-complex) political dynamics and pressures within Kurdish communities in Canada and elsewhere in the diaspora, and reveals Turkey’s role and influence in international relations when the tender of huge business contracts is at stake.

Suleyman’s story in Canada is not only Job-like, but also Dante-esque, in that he, like Dante’s Virgil, a man of many virtues, is nonetheless mired in limbo.

To label anyone a terrorist is fraught with emotion and politics; all the more since September 11th. And far too often the label is misplaced and unfounded. Mary Jo Leddy’s important book powerfully reminds us that the mistakes, secrecy, and lack of accountability for calling anyone a terrorist can be a devastating source of injustice.

A touching, unforgettable account of how one man, fleeing political conflict and repression in his homeland, was in turn cruelly treated in his land of refuge, Canada, by faceless bureaucrats intent upon using refugees as pawns to spy upon immigrant communities. It is not a pretty story, but it tells us a great deal about how the Canadian Security Intelligence Service operates, and about the limits of accountability for its actions, and their human costs.

Our Friendly Local Terrorist is a work of deep and searching compassion. It is proof once again that the pen is far mightier than the sword and that truths will wend their way to us no matter how dense and oppressive the systems that cage and deny them.

A chilling story that shakes your faith in our vaunted Canadian immigration system. Secret hearings, spying, betrayal, no accountability are features we associate with desperate dictatorships elsewhere, not our own government here in Canada. It is no wonder Canada’s stature in the human rights world has sunk to its lowest level ever. This is a national disgrace.

This book is essential reading that opens an educational path CSIS certainly would not want readers to take. It also goes a long way towards explaining why the agency continues to inspire fear with late night door knockings, deceptive invitations to grab a coffee, and its enormous power to destroy people’s lives.

In this honest, important book, Mary Jo Leddy reminds us that injustice thrives when citizens do not use their voices. Individuals can make a difference. Even in Canada justice is not the result of an easy, natural process. It is up to all Canadians who love their country to change the status quo for the better. Every Canadian should read this book.