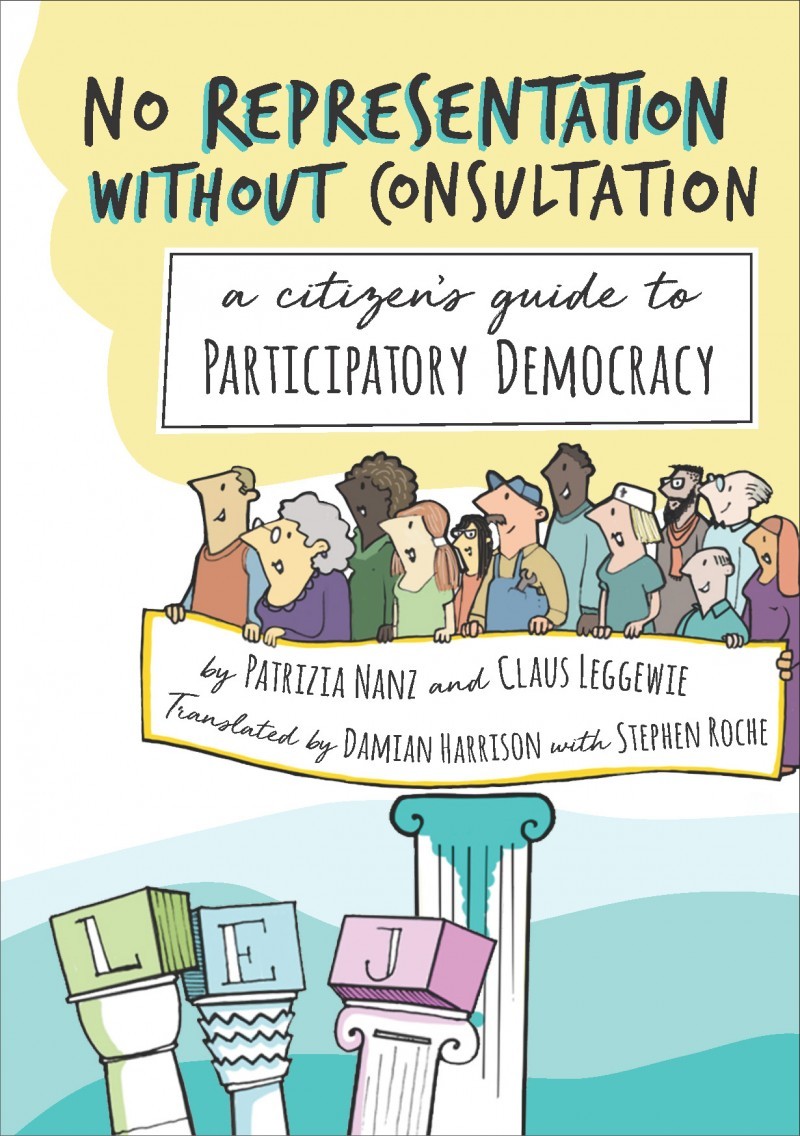 No Representation Without Consultation

A Citizen’s Guide to Participatory Democracy

By Patrizia Nanz and Claus Leggewie, Translated by Damian Harrison and Stephen Roche

Democracy is in crisis. As neo-Nazis, right-wing populists, and authoritarians, old and new, stake their claims around the world, democracy faces its greatest challenge yet. The only way to save it is to change it.

Democracy as we know it is flawed. The three branches of power in liberal democracy—the executive, legislative, and judicial—keep citizens from making decisions about policies that affect them most. For a true democracy to flourish, argue Patrizia Nanz and Claus Leggewie, we need a fourth branch: the consultative.

This short and accessible guide to a new kind of political engagement offers a chronicle of the political past and present—including an important analysis of right-wing populism’s recent and historic allure—and a robust analysis of the accomplishments of protest movements and citizens’ groups. With a rare optimism, which values the wisdom of the masses over the narrow-mindedness of today’s tyrants, this guide is a modern call-to-arms for a more democratic future.

“Our democracy urgently needs to be reinvented to thrive in this era. Big changes have to be made in the functioning of our representative institutions, and in the parties who compete for power through these. But these will not be enough. Citizens have to be involved. Our democracies must be reinvented from the ground up. Nanz and Leggewie have worked out an important proposal for doing just this, giving ordinary citizens a chance to define the issues. This clearly needs to be more widely known, and tried.”