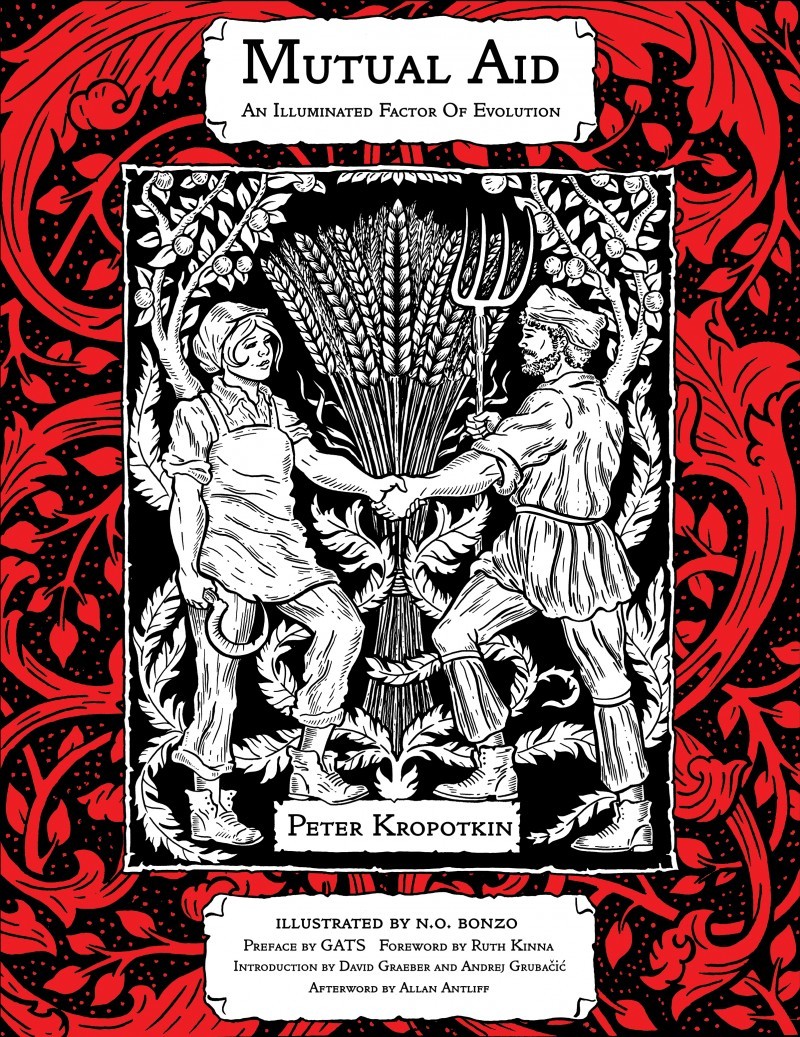 An Illuminated Factor of Evolution

One hundred years after his death, Peter Kropotkin is still one of the most inspirational figures of the anarchist movement. It is often forgotten that Kropotkin was also a world-renowned geographer whose seminal critique of the hypothesis of competition promoted by Social Darwinism helped revolutionize modern evolutionary theory. An admirer of Darwin, he used his observations of life in Siberia as the basis for his 1902 collection of essays Mutual Aid: A Factor of Evolution. Kropotkin demonstrated that mutually beneficial cooperation and reciprocity—in both individuals and as a species—plays a far more important role in the animal kingdom and human societies than does individualized competitive struggle. Kropotkin carefully crafted his theory making the science accessible. His account of nature rejected Rousseau’s romantic depictions and ethical socialist ideas that cooperation was motivated by the notion of “universal love.” His understanding of the dynamics of social evolution shows us that the power of cooperation—whether it is bison defending themselves against a predator or workers unionizing against their boss. His message is clear: solidarity is strength!

Every page of this new edition of Mutual Aid has been beautifully illustrated by one of anarchism’s most celebrated current artists, N.O. Bonzo. The reader will also enjoy original artwork by GATS and insightful commentary by David Graeber, Ruth Kinna, Andrej Grubacic, and Allan Antliff.

The turn of the century world that inspired Kropotkin to write Mutual Aid may seem very distant to the readers of the 21st century. Yet the principles of reciprocal support that he and his comrades advocated have taken on a new significance in our era of austerity, isolation, climate crisis, and pandemic. With a fantastic stroke of transhistorical artistic wizardry, N.O. Bonzo simultaneously conjures up and re-imagines the visionary aesthetics of the early twentieth century anarchist movement to make Kropotkin’s appeal for cooperation feel as urgent as ever.

– Mark Bray, author of Antifa: The Anti-Fascist Handbook and co-editor of Anarchist Education and the Modern School: A Francisco Ferrer Reader

Taking aim at both Social Darwinists and Romantic dreamers, Kropotkin’s classic text makes plain that the promise of liberation arises from our collective instinct to cooperate. In this new edition, lovingly illuminated by N.O. Bonzo, we can see the powerful amplifying effect of mutual aid firsthand.

This version of Mutual Aid beautifully illustrates what “mutual aid” is all about! The cooperation evident on the pages between Kropotkin and N.O. Bonzo illuminates that the more we mutually support each other, the more we not only survive but also thrive—and soar to new heights of care and solidarity.

N.O. Bonzo has created a rare document, updating Kropotkin’s anarchist classic Mutual Aid by intertwining compelling imagery with an updated text. Filled with illustrious examples, their art gives the words and histories, past and present, resonance for new generations to seed flowers of cooperation to push through the concrete of resistance to show liberatory possibilities for collective futures.

The illustrations in this new edition of Mutual Aid do justice to Kropotkin the polymath and to his magnum opus.

– Lee Dugatkin, author of The Prince of Evolution