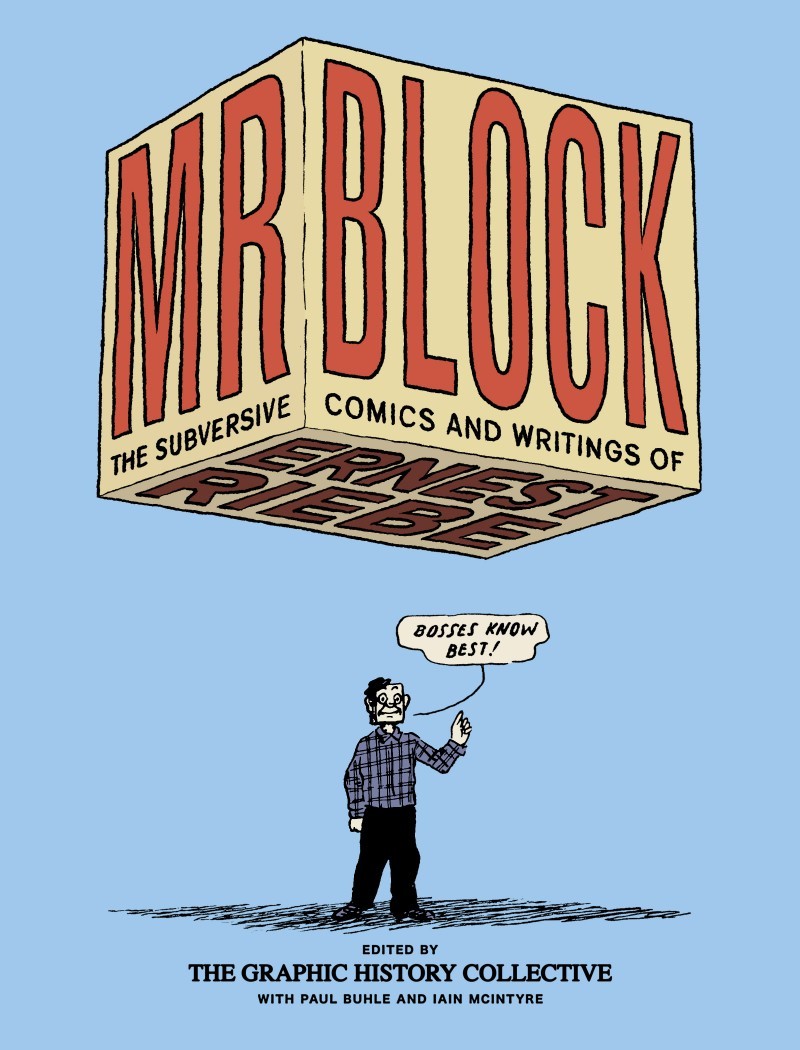 The Subversive Comics and Writings of Ernest Riebe

Before the Golden Age of comic books, there was Mr. Block: a bumbling, boss-loving, anti-union blockhead, brought to life over a hundred years ago by subversive cartoonist Ernest Riebe.

A dedicated labour activist and member of the Industrial Workers of the World, Riebe dreamed up his iconic, union-hating anti-hero to satirize conservative workers’ faith in the capitalist system that exploits them. This wickedly funny anthology of Riebe’s writings and comics is a treasure trove of radical 20th-century art and an essential addition to the bookshelves of comics lovers, historians, and labour activists alike.

As income inequality skyrockets and the collective power of the working class is undermined, the lessons from Mr. Block’s misadventures and misbeliefs are as relevant today as ever. Building the new world from the ashes of the old demands many tools—and laughter will always be one of them.