Making Home After the Holocaust

By Zelda Abramson and John Lynch 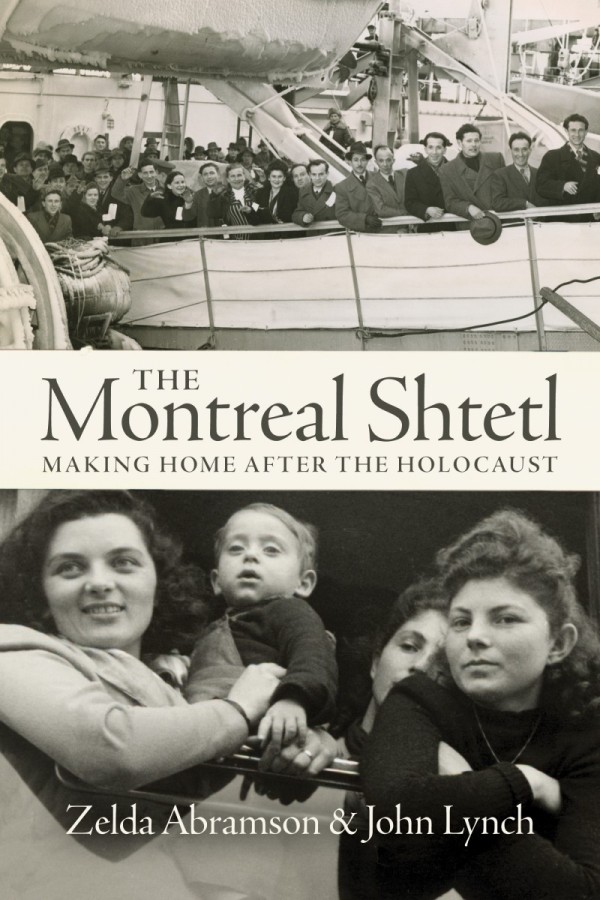 As the Holocaust is memorialized worldwide through education programs and commemoration days, the common perception is that after survivors arrived and settled in their new homes they continued on a successful journey from rags to riches. While this story is comforting, a closer look at the experience of Holocaust survivors in North America shows it to be untrue. The arrival of tens of thousands of Jewish refugees was palpable in the streets of Montreal and their impact on the existing Jewish community is well-recognized. But what do we really know about how survivors’ experienced their new community? Drawing on more than 60 interviews with survivors, hundreds of case files from Jewish Immigrant Aid Services, and other archival documents, The Montreal Shtetl presents a portrait of the daily struggles of Holocaust survivors who settled in Montreal, where they encountered difficulties with work, language, culture, health care, and a Jewish community that was not always welcoming to survivors.

By reflecting on how institutional supports, gender, and community relationships shaped the survivors’ settlement experiences, Abramson and Lynch show the relevance of these stories to current state policies on refugee immigration.

While there is a mountain of material written about the Holocaust, the voices of survivors who settled in Montreal have not been heard. Through their compassionate in-depth interviews, Abramson and Lynch have provided us with first-hand accounts of the ways Jewish refugees survived the terrible years of World War II, made the journey to Montreal, and managed the challenges of their first years in Canada. The material in this book is pure gold—original, gripping, thought-provoking, and, given current debates about refugees, very timely.

– Ester Reiter, author of A Future Without Hate or Need: The Promise of the Jewish Left in Canada

Abramson and Lynch tell a detailed and nuanced story of Holocaust survivors’ struggles to create new lives in Montreal during the first years after the genocide—a story that is typically overlooked or radically oversimplified. The wider contexts of Canadian immigration policy, social service agencies, and the history of Quebec’s Jewish community are grounded in the accounts of individual survivors. The result is a study that is compelling, informing, and deeply humane.

– Henry Greenspan, author of On Listening to Holocaust Survivors: Beyond Testimony

A moving and long-needed contribution to Canadian Jewish immigrant history.

– Fraidie Martz, author of Open Your Hearts: The Story of the Jewish Was Orphans in Canada

The Montreal Shtetl is researched and written with great care and attention to detail. Filling a void in Holocaust survivor literature, it delivers a strikingly personal yet analytical account. Each sentence is heavy with emotion and understanding; a feeling that comes only from the sensitivity gained through lived experience, whether first hand or inherited. Truly a work of unique caliber.

Books relating the saga of Holocaust survivors number in the thousands. In almost all of them, the story ends abruptly with the survivors’ arrival in their new home. The way the survivors made their way in their new surroundings and their relationship with the Jews of the local community who did not experience what they had experienced has remained a tale mostly untold. Through a judicious combination of archival research and personal interviews, Abramson and Lynch shed considerable light on the experiences of Holocaust survivors in Montreal. The findings they present constitute an important contribution to the history of the Jewish community of Montreal and, more generally, to Jewish life in postwar North America.

The Montreal Shtetl- Making Home After the Holocaust by Zelda Abramson and John Lynch should be read by anyone interested in immigration, Canadian history or post Holocaust Jewish experiences.This is a wonderful book. I liked everything about it!The interviews were a joy to read.”