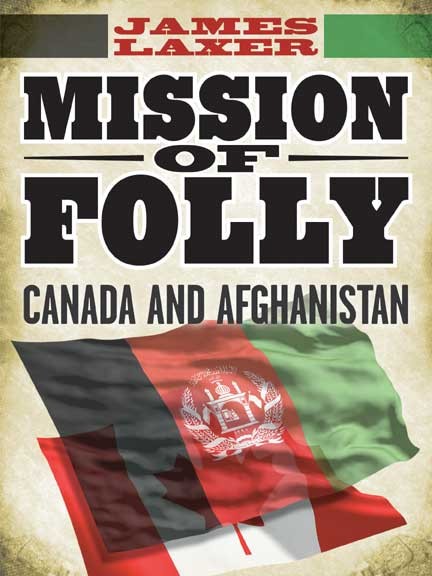 MISSION OF FOLLY is a candid report on Canada’s participation in America’s “War on Terror” in Afghanistan. Laxer explores the policy vacuum that resulted in Canadian troops being sent to fight a war that would last longer than any previous Canadian allied engagement.With passion and perspicacity he details the motives underlying the invasion and occupation of Afghanistan, outlines the recent history of that troubled nation, and challenges the assumption that infringement of human rights is sufficient justification for Canada’s involvement. Laxer’s familiarity with U.S. and Canadian global policy provides the backdrop for a concise study that will be of interest to a broad readership.

An excellent source to open a wider dialogue about what role Canada should play as a middle power.

In this timely and important book, James Laxer investigates Canada’s dubious involvement in George Bush’s war in Afghanistan. Challenging the official narrative trumpeted by the media, Laxer shows how this war can truly be considered a mission of folly.

– Linda McQuaig, journalist and author of Holding the Bully’s Coat: Canada and the U.S. Empire

Jim Laxer has taken a difficult foreign policy issue and made it accessible to every Canadian. In Mission of Folly, Laxer explains in brilliant detail just why most of us feel so uneasy about Canada’s role in Afghanistan. This terrific book will add a needed voice to the debate and fuel the call to bring our troops home now.

I loved reading this book because it reveals what is really going on that Bush and Harper don’t want us to know; about Afghanistan, the War on Terror and Canada’s future.

This is the one book you must read to understand the Afghanistan war. Laxer exposes the public relations operation behind the “support our troops” message of the Canadian government, reveals the true nature of our Afghan allies, and explains why the war is going so badly.