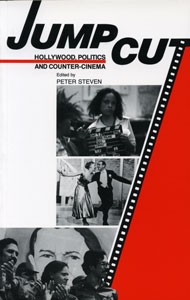 In the world of film, Hollywood has always been the center of power; it has supplied the dominant voice. Hollywood stars and movies with their sophisticated blend of entertainment, art, and ideology have captivated audiences everywhere.

But there is another world of film, perhaps lesser known: the counter-cinema. This kind of film provides a dynamic, growing opposition-a subservice counterpoint-to Hollywood. It includes the work of radical Third World filmmakers, the women’s movement, gays and lesbians, and the independent left. It is a practice that identifies with political movements in society and has developed a conscious critique of the dominant cinema.

The essays in this collection bring together an integrated analysis of Hollywood and the counter-cinema, and call for a political criticism of the cinema.

An extremely valuable collection…All the articles are good. Some are spectacular. Virtually all are accessible to people new to film criticism.