A Journey to a Shattered Land with Noam and Carol Chomsky

Edited by Assaf Kfoury  With Noam Chomsky and Carol Chomsky 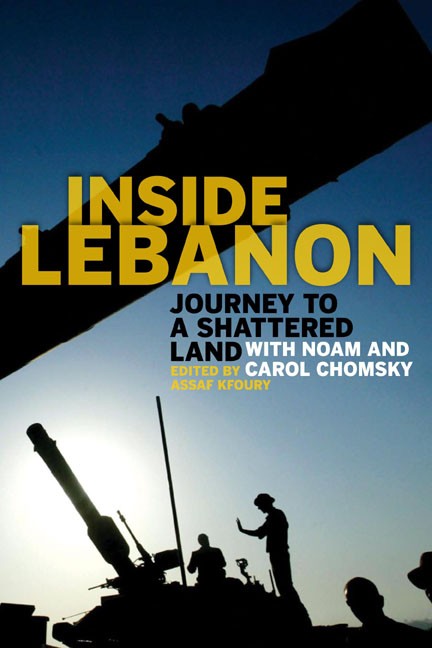 In May 2006, Noam and Carol Chomsky visited Lebanon for the first time–just two months before Israel unleashed a new military campaign against both Lebanon and Palestine. Inside Lebanon describes their journey and situates it within the tragically altered context of Lebanon and Palestine before and after the war of 2006. Inside Lebanon also includes essays, diaries, and photographs by Irene L. Gendzier, Assaf Kfoury, Jennifer Loewenstein, Fawwaz Traboulsi, Hanady Salman, Rasha Salti, Mona el-Farra, Laila el-Haddad, and Carol Chomsky. Collectively, their contributions illuminate the region-wide conflict, of which Lebanon is only one piece. It serves as a record of events during the war, while linking conflicts on the ground to the global order.

This erudite and humane collection, in telling us wisely about Lebanon’s struggle, illuminates brilliantly the true nature of voracious power.

– John Pilger, journalist and author of Freedom Next Time