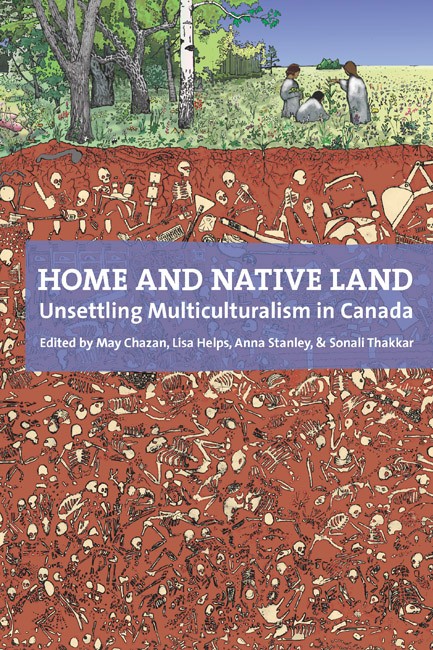 Home and Native Land takes its vastly important topic and places it under a new, penetrating light–shifting focus from the present grounds of debate onto a more critical terrain.

The book’s articles, by some of the foremost critical thinkers and activists on issues of difference, diversity, and Canadian policy, challenge sedimented thinking on the subject of multiculturalism. Not merely “another book” on race relations, national identity, or the post 9-11 security environment, this collection forges new and innovative connections by examining how multiculturalism relates to issues of migration, security, labour, environment/nature, and land. These novel pairings illustrate the continued power, limitations, and, at times, destructiveness of multiculturalism, both as policy and as discourse.

A critical collection that makes a significant contribution to current discussions about multiculturalism as policy and discourse in Canada. This book develops the important idea that the organization of difference and belonging in Canada is an ongoing colonial project that requires the regulation of indigenous peoples, lands, and racialized others under a national narrative of white settler multiculturalism.

With “multiculturalism”–in its official and popular forms–having become hotly contested in the post 9/11 world, the practices this discourse engenders will be the site of intense struggles over the meaning of race, diversity, terror and poverty. Drawing attention to the critical role multiculturalism has played in the global rise of neo-liberalism, this book provides valuable insights into some of the most controversial debates that are set to shape the foreseeable future.

– Sunera Thoban, Department of Women’s and Gender Studies, UBC, and author of Exalted Subjects: Studies In the Making of Race and Nation in Canada