The Coup, the Earthquake and the UN Occupation 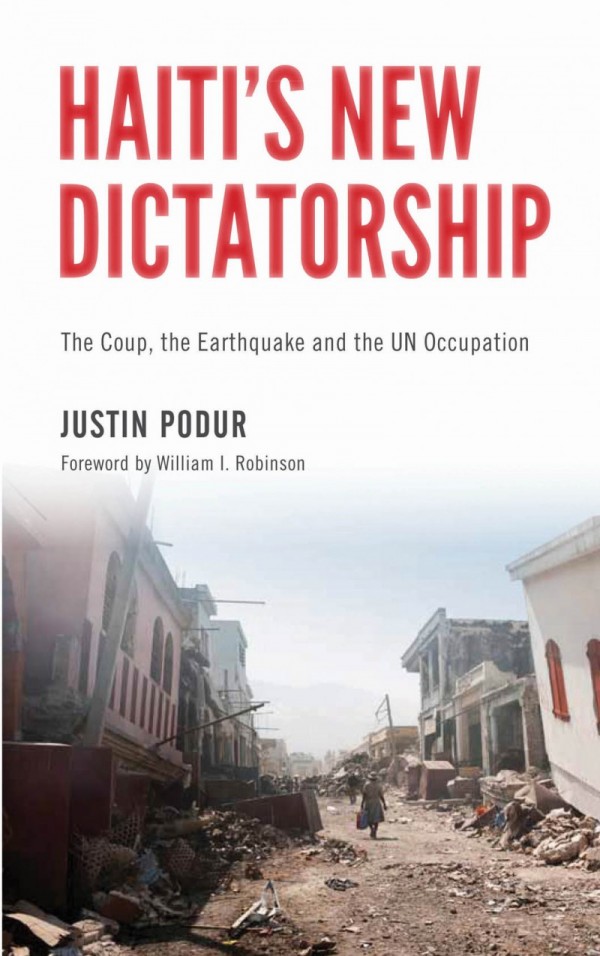 Haiti’s New Dictatorship is the history of the past seven years, from the 2004 coup against Aristide to the devastating 2010 earthquake,revealing a shocking story of abuse and neglect by international forces. Justin Podur reveals the reality of a supposedly benign international occupation, arguing that the denial of sovereignty is the fundamental cause of Haiti’s problems.

A powerful challenge and wake-up call to the international NGO and development community, Haiti’s New Dictatorship is essential reading for anyone concerned with justice in the global south and progressive development policies.

The centuries-long torture of Haiti, and the courageous resistance of its people, is one of the most dramatic and compelling stories of modern history. It is vividly brought to life in this highly illuminating study, which also provides valuable lessons about western power and ideology.

The UN occupation of Haiti promised to bring stability and democracy. Instead it has delivered cholera, rape and repression. Justin Podur expertly exposes the abuses that “the international community” has inflicted on one of the world’s poorest countries-from the brutal imposition of structural adjustment and the driving out of a democratically elected president to the politicization of earthquake relief.

A systematic analysis. … Podur offers a timely overview of the whole period of post-Aristide Haiti, right up to the present day.

– Peter Hallward, Professor of Modern European Philosophy at Kingston University and author of Damming the Flood: Haiti, Aristide, and the Politics of Containment

Podur’s book explains how a country that is nominally democratic suffers under the yoke of a ‘New Dictatorship’ in which international actors and their Haitian elite partners leave the majority of Haitians with little effective influence over their own economic and political affairs.

– Brian Concannon, Director of the Institute for Justice and Democracy in Haiti