The United States, Israel, and the Palestinians 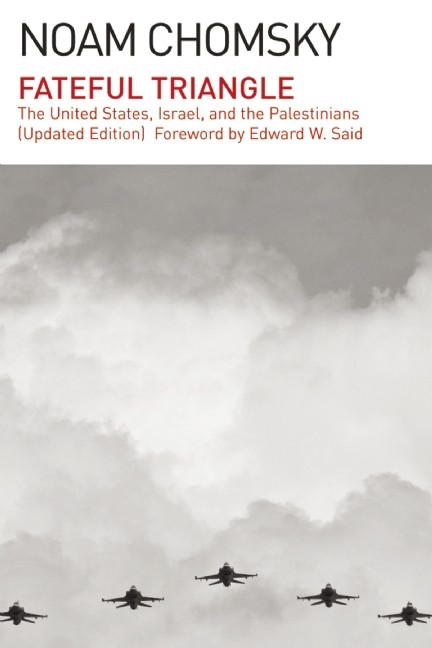 Fateful Triangle is Noam Chomsky’s seminal work on Mideast politics. In the updated edition of this classic book, with a new introduction by Chomsky, readers seeking to understand the Middle East and U.S. foreign policy today will find an invaluable tool.

Fateful Triangle may be the most ambitious book ever attempted on the conflict between Zionism and the Palestinians viewed as centrally involving the United States. It is a dogged expose of human corruption, greed, and intellectual dishonesty. It is also a great and important book, which must be read by anyone concerned with public affairs.

– Edward W. Said, from the Foreword

A devastating collection of charges aimed at Israeli and American policies that affect the Palestinian Arabs negatively.

A major, timely and devastating analysis of one of the great tragedies.

One of the definitive works on the Israeli Palestinian conflict.