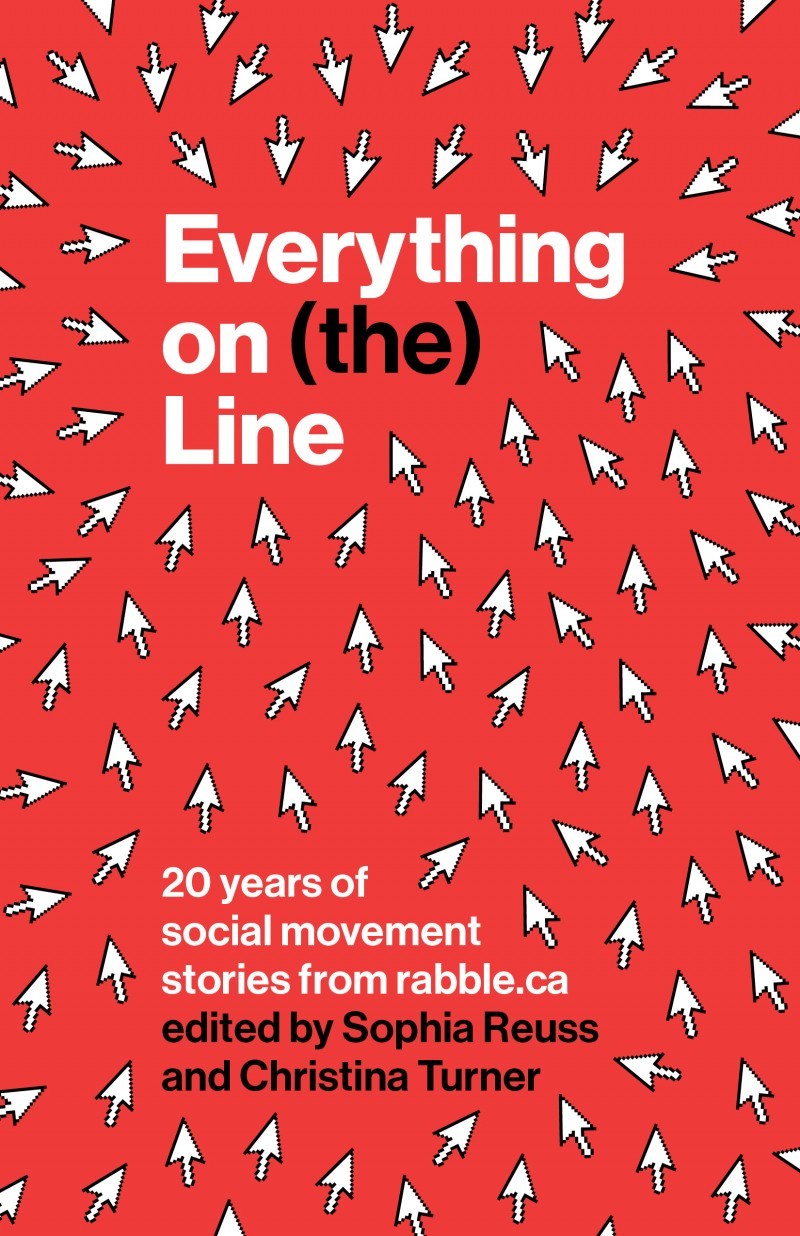 Everything on (the) Line

On a chilly April day in 2001, some 75,000 protesters flooded the streets of Quebec City to denounce corporate globalization and a neoliberal trade deal. From that wellspring of activist anger, energy, and hope came the founding of rabble.ca: an alternative news source and community space that reported on Canadian politics from the ground, catching the attention of journalists and activists across the country.

Since then, Canada has seen the rise of Harper Conservatism and its replacement by a Liberal government; a decline in union power; the stalled beginnings of reconciliation with Indigenous nations; the birth of Black Lives Matter; an invigorated climate justice movement; and more. These stories of activist struggle lie at the heart of Everything on (the) Line, a collection of rabble’s most incisive articles from the past twenty years.

Editors S. Reuss and Christina Turner guide readers deftly through rabble’s deep and storied archives, combining critical analysis with new essays from celebrated activists and writers such as Russell Diabo, Nora Loreto, Phillip Dwight Morgan, and Monia Mazigh. Each vital selection marks a flashpoint in Canadian politics—and an opportunity to reflect on the social movements that have challenged capitalism, racism, settler colonialism, and patriarchy over the past two decades.