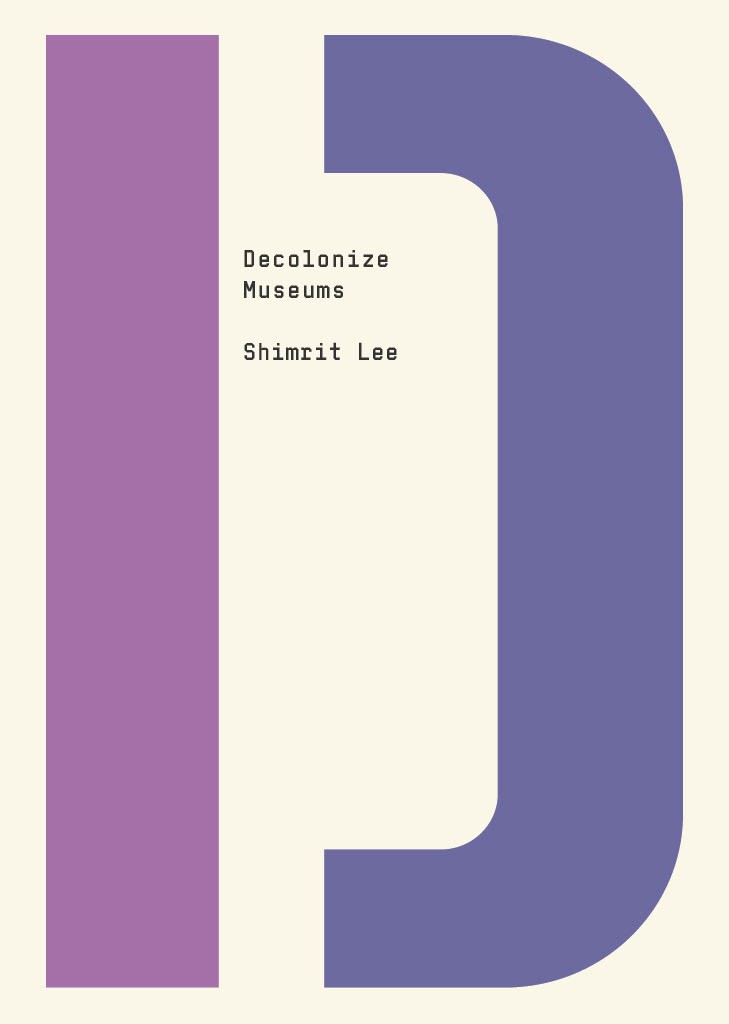 The idealized Western museum, as typified by the Metropolitan Museum of Art, the British Museum, and the Museum of Natural History, has remained much the same for over a century: a uniquely rarified public space of cool stone, providing an experience of leisure and education for the general public while carefully tending fragile artifacts from distant lands. As questions about representation and ethics have increasingly arisen, these institutions have proclaimed their interest in diversity and responsible conservation, asserting both their adaptability and their immovably essential role in a flourishing and culturally rich society.

With Decolonize Museums, Shimrit Lee punctures this fantasy, tracing the essentially colonial origins of the concept of the museum. White Europeans’ atrocities were reimagined through narratives of benign curiosity and abundant respect for the occupied or annihilated culture, and these racist narratives, Lee argues, remain integral to the authority exercised by museums today. Citing pop culture references from Indiana Jones to Black Panther, and highlighting crucial activist campaigns and legal action to redress the harms perpetrated by museums and their proxies, Decolonize Museums argues that we must face a dismantling of these seemingly eternal edifices, and consider what, if anything, might take their place.

“This book takes us through, and far beyond, the museum as a contested space, raising urgent and complex questions about its future. Through her historically insightful and comprehensive take down, Shimrit Lee asks us to reconceptualize the museum in its entirety. She tears down the facade that museums were ever neutral, tracing their role in shaping, and perpetuating, structures of racial capitalism. Lee shows us that decolonizing museums revolves around creating an expansive sense of justice that moves us beyond its walls. Getting it right, she reminds us, means nothing less than liberation for us all.”

“Shimrit Lee’s provocative and lucid book is part-investigative report where the museum resembles a crime scene and part-polemic that grapples with what it would look like to upend the current ways in which museums are organized and function. Lee makes the convincing argument that museums must fall, and it is time we start taking this imperative seriously.”

– Sean Jacobs, founder and editor of Africa Is a Country and author of Media in Postapartheid South Africa

The 2018 film Black Panther may be best known as the first Black superhero blockbuster, but it offers plenty of lessons for students of decolonization. Early in the film, the villain Erik “Killmonger” Stevens (played by Michael B. Jordan) stands in front of a glass museum display, examining a selection of African artifacts inside. He is approached by a white curator, who condescendingly offers to tell him about the display. As she explains that the exhibited war hammer was made in the 7th century by the Fula tribe in Benin, he quickly contradicts her: “Nah.”

“I beg your pardon?” she inquires.

“It was taken by British soldiers in Benin, but it’s from Wakanda,” he says, referencing the fictional sub-Saharan African country. “I’m gonna take it off your hands for you.”

When the curator tells him the items aren’t for sale, Killmonger confronts her: “How do you think your ancestors got these? Do you think they paid a fair price? Or did they take it… like they took everything else?” Just then the curator, poisoned by her coffee, collapses on the floor. Killmonger and his team smash the glass display case and take off with the hammer. While this is fiction, it’s representative of the very real issues in museums today. Killmonger’s very presence in the museum as a visitor of color is noteworthy, given that just over six percent of visitors to U.S. museums are Black. As Lisa Ragbir points out in Hyperallergic, Killmonger’s co-conspirator, disguised as a museum cafe worker, points to the hierarchical divisions between a museum’s “diverse” service workers and a predominantly white curatorial staff. The scene also raises questions about the retelling of colonial narratives, and who gets to tell these stories. Above all, it brings up the issue of unethical acquisition practices, which fits into a long history of colonists robbing African artifacts to put on display for European consumption.

The scene is set at the “Museum of Great Britain,” a thinly veiled reference to London’s British Museum, which has long been embroiled in its own debates over acquisition and repatriation. The institution currently faces calls from Nigeria’s National Commission for Museums and Monuments to return the Benin Bronzes, which British soldiers looted in an 1897 raid.

Recently, a real-life episode reminded me of this scene from Black Panther. On June 13, 2020, Congolese activist Mwazulu Diyabanza wrested a 19th century wooden funerary post from its fixings in Paris’ Musée du Quai Branly while declaring to a live-stream audience on Facebook: “No one has the right to take what belongs to the African people because it is our heritage.” Together with four other activists, Diyabanza triumphantly carried the post through the museum shouting, “We’re bringing it home!” Museum guards eventually stopped them, but their point had been made. Even before he went on trial, Diyabanza sued the French state for the same crime he allegedly committed: theft.

Some museum conservators viewed Diyabanza’s act as a reckless incident of vandalism. Others, however, viewed his act as a demonstration of radical visual protest, a reclaiming of African cultural heritage that had been forcibly taken during the colonial period. The tension between these two views is emblematic of the clashes between museums and formerly colonized people when it comes to questions of repatriation—that is, the return of stolen cultural materials to their countries of origin. Those complex, ongoing debates are the subject of this chapter.