Global Labour in the Digital Vortex 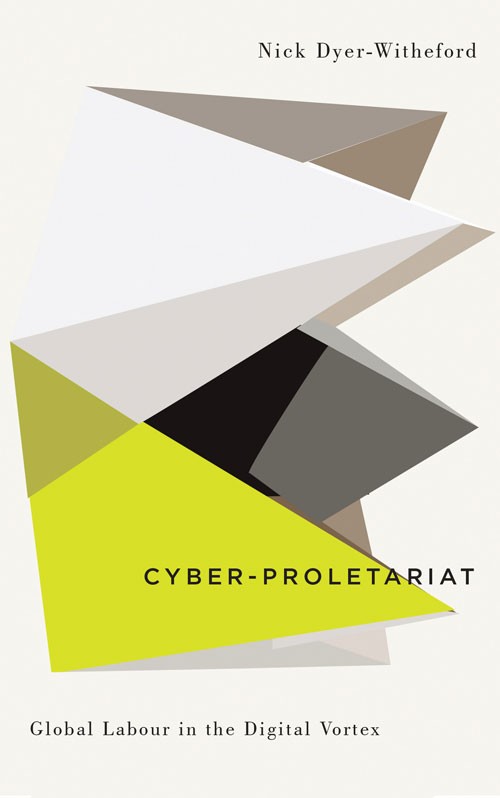 The utopian promise of the internet, much talked about even a few years ago, has given way to brutal realities: coltan mines in the Congo, electronics factories in China, devastated neighborhoods in Detroit. Cyber-Proletariat shows us the dark-side of the information revolution through an unsparing analysis of class power and computerization.

Dyer-Witheford investigates how technology facilitates growing polarization between wealthy elites and precarious workers. He reveals the class domination behind everything from expanding online surveillance to intensifying robotization. At the same time, he looks at possibilities for information technology within radical movements.

Cyber-Proletariat portrays the struggles of workers along the entire global capitalist commodity chain. … An epic story.

Nick Dyer-Witheford follows up his classic Cyber-Marx with a synoptic view of the relationship between contemporary global workers, from the Turkish miners killed in a shaft collapse to the highly paid “hackers” in Silicon Valley. Rich in detail, it is written with eloquence and passion.

Nick Dyer-Witheford’s Cyber-Proletariat tracks the eddies and flows of the perfect storm that is contemporary capitalism. This panoramic work reveals the relentless force of material destruction and brutal violence concealed by the sleek surfaces of digital culture. Not without hope, Dyer-Witheford offers a clear-eyed reflection on the conditions facing the global proletariat in its struggle to win a better world.

– Benjamin Noys, University of Chichester and author of Malign Velocities