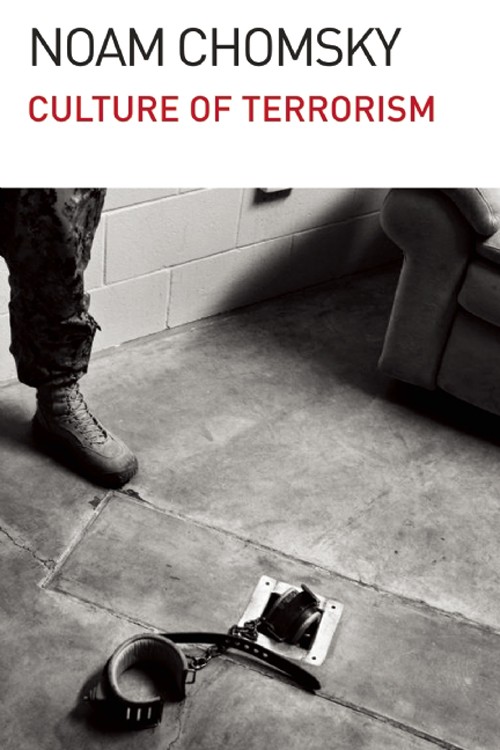 This classic text provides a scathing critique of U.S. political culture through biting analysis of the Iran-Contra scandal. Chomsky irrefutably shows how the United States has opposed human rights and democratization to advance its economic interests.

Culture of Terrorism follows an earlier study, Turning the Tide, but with the new insights provided by the flawed Congressional inquiry into the Irangate scandal. [Chomsky’s] thesis is that Untied States elites are dedicated to the rule of force, and that their commitment to violence and lawlessness has to be masked by an ideological system which attempts to control and limit the domestic damage done when the mask occasionally slips. Clandestine programs are not a secret to their victims, as he points out. It is the domestic population in the USA which needs to be protected from knowledge of them…Chomsky takes issue with tow recent themes, the notion of “good intention,” which is said to be the mainspring of American police, and the excuse of a “change of course,” which is used to wipe out the memory of atrocities and repression on the grounds that this was an unfortunate episode, now corrected. The record, he argues, show a continual pattern of violence and disregard for democracy.