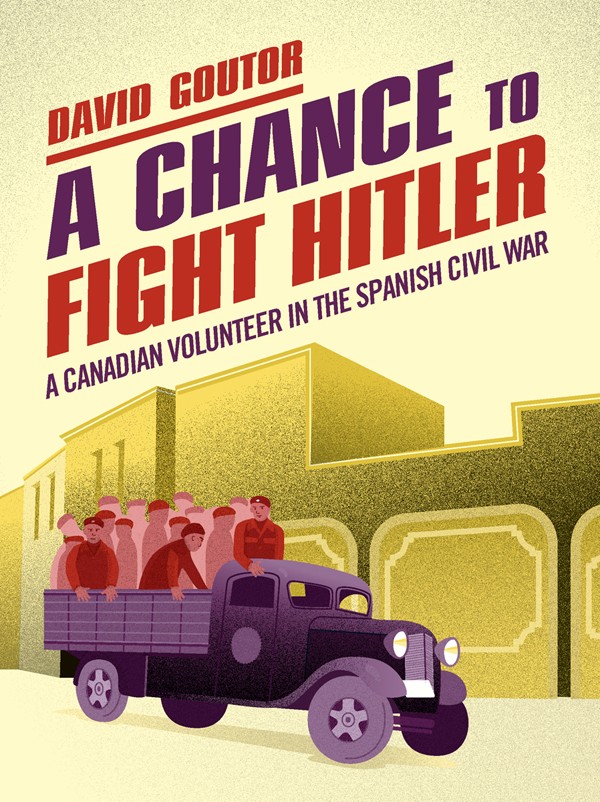 A Chance to Fight Hitler

A Canadian Volunteer in the Spanish Civil War

In late 1936, as Franco’s armies stormed toward Madrid, Stalin famously termed the defence of Spain “the common cause of all advanced and progressive mankind.” As a German emigrant to Winnipeg, Hans Ibing recognized the importance of the Spanish Civil War to the struggle against worldwide fascism in a way that most people in Canada did not—joining the International Brigades in their fight to defend the Spanish Republic was his “chance to fight Hitler.”

A readable, well-rounded account with good illustrations, and I found myself engaged in the story from beginning to end.

This is an intimate, intelligent, and finely wrought portrayal of one Canadian’s role in the Spanish Civil War and the great struggle against fascism in the twentieth century.

What Hans Ibing tells us of his dramatic and unique experience in Spain is an important addition to the recorded history of the Canadian volunteers who went to fight fascism. Just as compelling is his story of immigration, and personal odyssey in the aftermath of the war – a colourful thread in the fabric of this country’s social history over five decades.

A Chance to Fight Hitler deftly explores one man’s engagement with some of the great struggles of the twentieth century, notably the unemployment crisis of the 1930s in the Canadian West, the popularization of left-wing movements amid the Great Depression, the fight to defeat fascism in Spain, and conflicts on Canada’s home front during the Second World War. Through the combined insights of Ibing and Goutor we see vividly the exciting possibilities, as well as the limitations, of the Communist movement.

Goutor’s book is a good read. He’s married to Hans Ibing’s granddaughter and had ready access to his memories. The civil war in Spain was a key event in Ibing’s life and a seminal chapter in the evolution of trade union and socialist political action in Canada and across the industrial world. It is particularly relevant now that labour, environmental and anti-war activists need to work together to stop the further spread of neo-fascist politicians.

David Goutor’s biography adds to our growing knowledge of the role of Canadians in the important and still very much contested history of the Spanish Civil War. The often altruistic, “premature anti-fascist” volunteers found themselves entrenched in the opening salvos of the fierce battle soon to engulf the world.