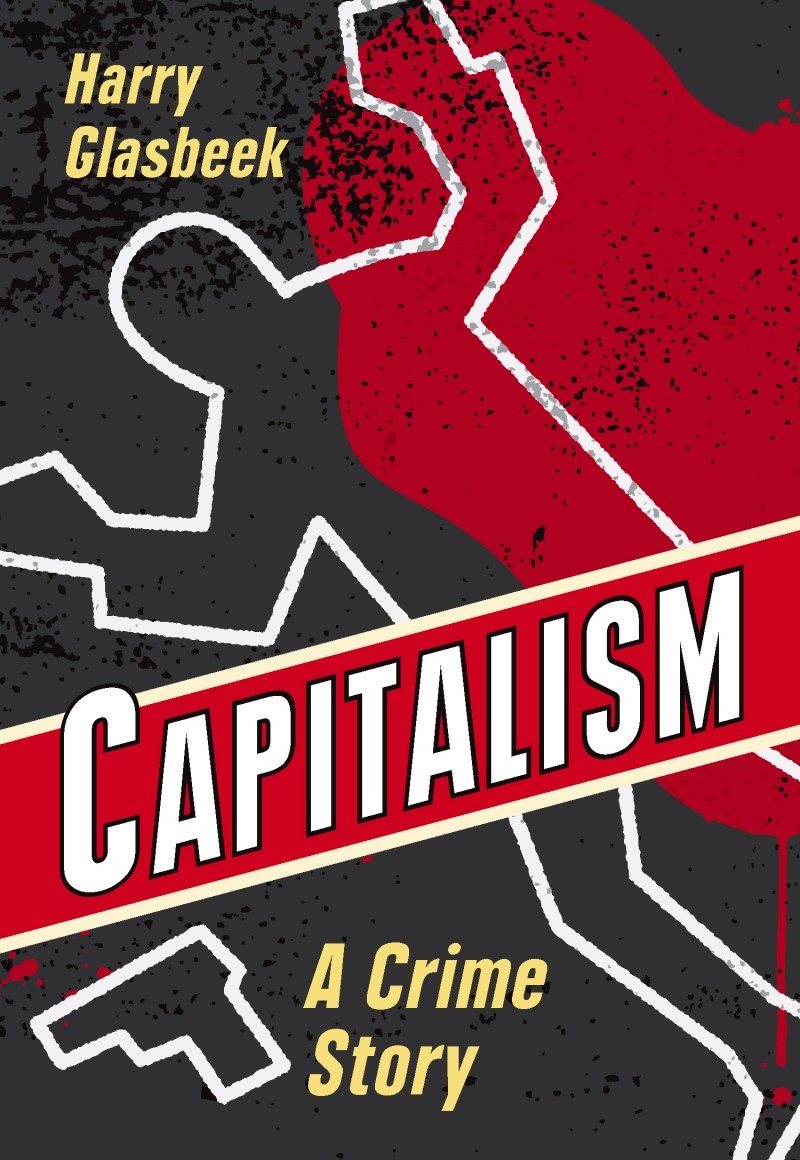 A mugger to a stranger, “Give me your wallet or I will beat you to pulp!” It is a crime.

An employer says to a worker: “Adding lung-saving ventilation will reduce my profit. Give me back some of your wages and I will let you keep your lungs!” This is not a crime.

Our assumptions about the world condition us to see these situations as legally different from one another. But what if we, the critics of corporate capitalism, instead insisted on taking the spirit of law, rather than its letter, seriously? It would then be possible to describe many of the daily practices of capitalists and their corporations as criminal in nature, even if not always criminal by the letter and formality of law.

In Capitalism: A Crime Story, Harry Glasbeek makes the case that if the rules and doctrines of liberal law were applied as they should be according to law’s own pronouncements and methodology, corporate capitalism would be much harder to defend.

In this enthralling and eminently readable book, Harry Glasbeek explains how liberal law strives to reconcile capitalism with liberalism. Thanks to law’s burnishing, capitalism acquires a liberal-hued patina of legitimacy. However, beneath the surface, cherished liberal principles are contorted or simply sacrificed for the sake of capitalism’s ideological needs. In clear and powerful prose, Glasbeek offers us a piercing lens and a transformed language through which to see and to condemn capitalist power. This book is essential reading for those who wish to understand the world in order change it.

– Julian Sempill, senior lecturer, Faculty of Law, University of Melbourne and author of Power and the Law

Capitalism: A Crime Story contests the stories about law told by a wide gamut of capitalist fanatics, from corporate law professionals to legal academics, apologists who incredulously avert their eyes from the deceptive and deviant conduct of corporate capital. Glasbeek illustrates how law’s tangled web shrouds the corporate form, masking the ways corporate capitalist coercion receives privileged treatment under law. Not satisfied to merely pierce the corporate veil, Glasbeek annihilates apologist narratives by rebuking the entrenched techniques of corporate profiteering and refuting the notion that capitalist business behaviour is distinct from the notion of a crime. Corporate capitalist wrongdoing is no mere aberration, it is the norm.

Harry Glasbeek has been a fearless, daunting crusader for the public interest in the face of corporate greed, corruption, and criminality. This powerful, readable book proves the problem does not originate with a few bad apples: it’s programmed into the DNA of a system that priveleges accumulation over human life.

Harry Glasbeek has done it again: another eloquent and accessible book for non-lawyers and lawyers alike, exposing capitalism’s betrayal of basic liberal values and law’s role as an accessory. From the Westray disaster to the devastation at Lac Mégantic, he shows how the lawlessness of corporations stands in sharp contrast to our expectations that individuals be both free of coercion and responsible for the harms caused by their actions. At this critical juncture we face the imminent loss of a habitable planet, yet Glasbeek shows a way forward to confronting the inherent criminality of capitalism.

Glasbeek eloquently demonstrates that the theory and application of corporate law is antithetical to our norms and values of individual liberty and autonomy. By exposing the unequal power relationships prevailing under contemporary capitalism he challenges others to view the law as it is, and not as it has been sold to us.

Harry Glasbeek outlines the bias that is built into our laws and regulatory regimes, which favour capitalism and render it legitimate. The lofty sounding ‘rule of law’ and the status granted to lawyers and legal reasoning drives a belief system in which the logic of a layperson loses all credibility. Capitalism: A Crime Story provides readers with an analysis of the legal justifications used to replace moral and ethical values with the crimes of corporate capitalism.

Harry Glasbeek forensically strips away the layers of legal protection accorded to corporations in their pursuit of private profit to reveal the harm inflicted on individuals and institutions that challenge corporate legal privilege. With his revelation of how capitalism has become embedded in law Glasbeek provides a road map to reverse the imbalance within the legal system.