Dispatches from the Battle for Honest Science 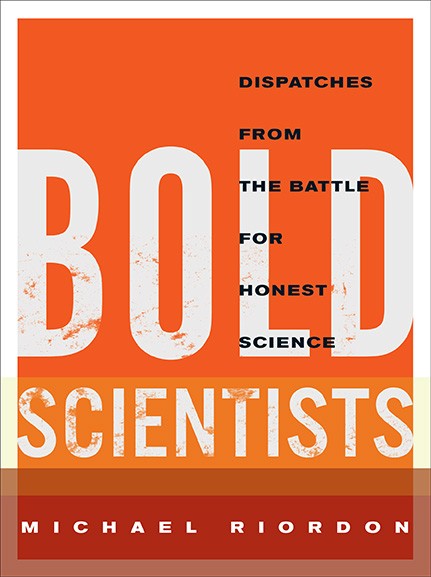 As governments and corporations scramble to pull the plug on research that proves that they are poisoning our planet and rush to muzzle the scientists who dare to share their disturbing data, it seems the powerful have declared a war on science.

Michael Riordon asks deep questions of bold scientists who defy the status quo including: an Indigenous biologist who integrates traditional knowledge and a trickster’s wit; an engineering professor who exposes the myths and dangers of fracking; a forensic geneticist who traces children stolen by the military in El Salvador; a sociologist who investigates the lure and threat of mass surveillance; a radical psychologist who confronts psychiatry’s dangerous power; and a young marine biologist who risks her career to defend science and democracy.

Who controls science and at what cost to the earth and its inhabitants? Can we change? This is unspun science for dangerous times.

Silence is consent, my fellow scientists. Riordon’s profiles in courage encourage us to take our data and our voices into the gladiator’s arena and engage in the great moral and political battles of our time. As Bold Scientists so clearly shows, it’s where we belong.

A gripping tale of heroic scientists working in the public interest despite powerful opposition. At once, both tremendously hopeful and profoundly disturbing. The world needs more bold authors like Michael Riordon.