Postwar Indochina and the Reconstruction of Imperial Ideology: The Political Economy of Human Rights—Volume II 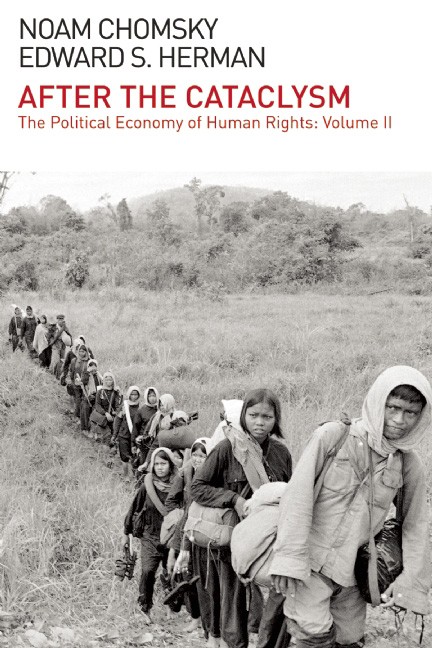 With a new preface by the authors, this companion book to The Washington Connection and Third World Fascism, dissects the aftermath of the war in Southeast Asia, the refugee problem, the Vietnam/Cambodia conflict and the Pol Pot regime.

After the Cataclysm is the story of how the US press prints the news it sees fit to print…The establishment press will do all it can to proven this powerful book from being read, but the evidence is too clear and the analysis too careful done for the best of orchestrated campaigns to keep the book in the close. Read it! Put it in your library! Talk to your neighbors about it! No Where have I read such an incisive statement on the how the press serves the corporations and institution rather than the truth.

Anyone who doubts the active hostility and dishonesty of the country’s most prestigious liberal media—including the New York Times and Washington Post—should read this book.

– Dave Dellinger, one of the Chicago Seven

After the Cataclysm is a valuable, carefully document assessment of Western reporting on post-1975 Indochina. Especially comprehensive in its treatment of Cambodia, it provides a trenchant—and healthy—critique of news media coverage that has usually been as tendentious as the dealing with the early years of US military intervention in Indochina.

– George Kahin, author of Subversion as Foreign Policy: The Secret Eisenhower and Dulles Debacle in Indonesia

By revealing to us the true history of postwar Indochina developments, Chomsky and Herman have given us an essential weapon in the ongoing struggle against willed historical amnesia.

– Marilyn Young, President of the Society for Historians of American Foreign Relations