A lifetime ago, I wrote a book, Crisis and Control, on militarized protest policing. It was released that hot summer of 2014, as the armoured personnel carriers faced a wave of Black-led protests against the police killings of Michael Brown, Freddie Gray, Eric Garner, D'Andre Campbell and too many other Black people.

Since that time, it has become ever clearer that we need to better understand the connection between militarized protest policing and anti-Black racism, and why new tools, leadership and policies are unlikely to be effective correctives.

The goal of that book was to understand the new ways police were managing protest. I had seen it firsthand: Police containing and pre-empting protest, first with surveillance and attempts at negotiation and appropriate PR spin, and then, when they couldn't stop protesters, using flash-bang grenades, heavily armed tactical units, pepper spray and other less lethal weapons.

I wanted to explain why police used this strategy, when it so clearly seems to escalate conflict and leads to injuries, lawsuits and widespread condemnation. Although the majority of protests continued to be managed through negotiation and liaison, this militarized approach continues to be used against protests deemed threatening, just like the recent ones against racism and against the police themselves.

I worked from the assumption that police intend to maintain order and the status quo, but the means by which they do this varies. Protest policing is an unusually visible and politicized form of policing, and one that has changed through time and across space.

I built my analysis on the framework of Donatella della Porta and Herbert Reiter. These European researchers had tracked the move away from the costly and aggressive protest policing that was often partisan towards a softer, professional, "management" style, intended to be apolitical, using permits and negotiation. This move made protests less costly for both protesters and police, but often rendered movements invisible.

Protest policing, like day-to-day policing reflects the social order. Police buttress a racist, colonialist, capitalist society, and are supported by the public's acceptance of that system. Police culture justifies the importance of their role and the value of defending these inequities. Police organizations manage resources and relationships, while their leadership and beat cops struggle for control.

But the organizations are not simply rational actors. Political systems, police culture, public opinion, police organization and protest policing strategies are all sites of struggle. They hold internal contradictions.

Explaining brutality as an expression of racist thugs may feel good, but doesn't offer us much analytical leverage. Nor is it enough to say that police gassing protesters is simply the unfolding of capitalism. Police decision-makers and the politicians who work with them make decisions that are defending not only their budgets, but their identities and reputations, their careers and their allegiances.

Even as the police began to consolidate around this "softer" protest policing strategy, events gestured towards the militarization of the present. The 1992 riots that erupted after the police beating of Black motorist Rodney King, and the acquittal of those white officers created a crisis of legitimacy for the police.

Models of community policing were offered as one response, integrating the police evermore deeply into the community, where they took on ever greater roles, working to gain information on hot spots, risk, networks and threats that could be pre-empted. During the same period, the Cold War was ending and the security and defense industries sought domestic markets. Industry innovators, and military decision-makers proposed less lethal weapons to police forces facing accusations of brutality.

In the U.S., these more militarized approaches were first used against urban Black and other racialized communities during the "war on drugs." The logic of this "war" flowed into the arena of protest policing by the late 1990s. Neoliberalism and globalization brought increasing racial and class inequalities. Community policing and negotiation with movements' controlled dissent.

While many movements had professionalized, others in the late 1990s were rejecting permits and negotiation in favour of direct action. The emergent internet allowed new connections and forms of organization.

Police were linking across borders too, and learning from the private security and defense sectors and their consultants, who promoted militarized "best practice" solutions. This accelerated after 9/11 when antiterrorism initiatives fuelled police budgets requiring police to assess protesters and communities in terms of risk and threat, rewarding forces for "preparedness."

This was not a uniform process: local relationships between mayors, communities, legal critics, federal authorities and police unions were mediated by histories of race and class. These dynamics have spread this militarized protest policing strategy across the continent, being used against protesters that are perceived as threatening -- and deserving of gas and flash-bang grenades, as well as arrests and the beatings.

When the Minneapolis police murdered George Floyd, people turned to the streets in grief and rage. They drew from a repertoire used by generations of struggle in the U.S., from the civil disobedience and marches, to the guns and community formations.

Continuing the Black Lives Matter protests of the past decade, they blocked highways and bridges -- and used social media to spread the message. These movements of the past had borne fruit, but the struggle was far from over.

Protests against racist police brutality have particular features. They are a direct challenge to the legitimacy of the police, their self-image, their resources, and their relationships with power-holders and the broader community. They create tension between top brass and beat cops, and between police unions and leadership. They create dilemmas -- do the police fight back?

This past week, the police in New York City, Minneapolis, Dallas, Washington, D.C., Seattle, Philadelphia and others clearly have -- one can easily find the footage of officer wielding billy clubs and shooting off gas grenades, pushing protesters and using vehicles as weapons.

Forces are more likely to hit hard when they feel like the political authorities and the public will support their violence. This is why Donald Trump's tweet, "When the looting starts the shooting starts," was so dangerous. Militarized protest policing is also more likely when there is already a historically fraught relationship between the police and the protesters, manifested by ongoing political battles between police forces and active movements against racist police brutality.

Police are particularly likely to use militarized approaches against sections of the population that they do not trust or understand, that they do not negotiate with. This includes the Black community. The combination of racism and isolationist police culture increases the likelihood that police will perceive Black-led movements against racist policing as "threatening." Correspondingly, for obvious reasons, in both the U.S. and Canada, Black people are less likely to trust the police than the general population.

However, gassing, hitting and running over protesters can backfire, particularly in an era of social media. As the images of police brutality against protesters spreads, public sympathy with the movement is likely to increase.

But the display of indiscriminate police violence is mobilizing broad swaths of the population. Public opinion is on the side of the movement right now, making it more difficult for police. Mayors, ministers and even prime ministers are "taking a knee" in solidarity with Black Lives Matter. Corporations and public figures are releasing statements committing to fight anti-Black racism.

A June 2 Reuters poll indicated that the majority (64 per cent) of American adults are "sympathetic to people who are out protesting right now," and a slight majority (55 per cent) disapprove of Trump's handling of the protests.

In such a moment, police risk losing more legitimacy, relationships and resources. Some police leaders will dig in, defending their officers and their violence, choosing to prioritize unity within their force over everything else. The more sophisticated leaders try a different approach. They try to ally themselves with the "good" protesters, or political authorities that they feel they can work with.

Some police chiefs are promising to review use of force guidelines. Others are pledging to recommit to serve the community. Many police forces are, even without protest leaders to negotiate with, facilitating protest, using "soft" approaches, blocking traffic for rallies, and speaking to the media about the right to protest.

Police leaders may signal their support of the aims of the movement. This week we saw police "taking a knee" in Kentucky, California, Iowa and New York, symbolically aligning themselves with the movement. In Portland, Oregon, police in riot gear knelt before cheering demonstrators.

In the face of a powerful and publicly supported movement that threatens their legitimacy and resources, police leaders may even accede to some of the demands, arresting or suspending violent officers or cutting funding, as we saw in Los Angeles. Mark Saunders, the outgoing Toronto chief of police, posed the expansion of body cameras as the response to the deaths of Regis Korchinski-Paquet and George Floyd.

Such approaches can create confusion within the movement, between those who see these moves as gains for the expanding movement and those who see it as cynical manipulation (it can be both). However, such strategies and offers will not end anti-Black policing -- not of protest, nor of communities.

The movements against racist policing are succeeding in putting pressure on political authorities and police leaders. Police budgets, legitimacy and relationships are under threat. So, police leaders are promising more, again. They are managing "peaceful protest" more enthusiastically. They are offering to accommodate, innovate and collaborate. They are suggesting, if only they could buy these new technologies, and develop these new programs, things will get better.

But these offers will not resolve the fundamental problem that emerges from arming a small group of mostly white men in an unequal, racist society, and giving them the power to defend the status quo. Durable inequalities of race, class and gender are maintained through violence. Right now, our society gives legitimacy to the police as the purveyors of that violence.

This is why the widespread calls by protesters to abolish the police are so powerful. Not because there is no crime, no disorder or no killing in our society, but because, as it stands, the police are in many ways making things worse.

Over the past twenty years, movements have become bolder in saying that maintaining an unjust society through police and prisons is not the route to justice. Work by Angela Davis, Ruth Wilson Gilmore and others have shown how prisons are not the answer, and there has been a move to decriminalize, reduce sentences and de-institutionalize the responses to social problems.

Voices from other scholar-activists propose the abolition of the police, from the collective that wrote The Iron Fist in the Velvet Glove in 1977, to Alex Vitale's 2017 book, The End of the Policing.

One of the lessons of this COVID moment, is the realization that radical social re-organization may be necessary in order to save lives. The movement, at its best, is saying this. In order to end anti-Black racism, we need to get beyond band aid solutions, and build a society that doesn’t serve and protect injustice, but allows the creation of worlds where we may all flourish.

This article was first published on Rabble.ca 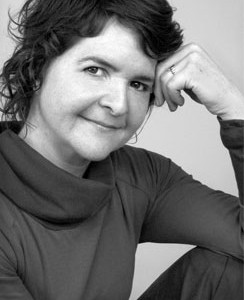 Lesley J. Wood is Associate Professor of Sociology at York University in Toronto, Canada. She is the author of Direct Action, Deliberation and Diffusion: Collective Protest After the WTO Protests in Seattle and co-author of the third edition of Social Movements 1768–2012 (Paradigm Publishers) with the late Charles Tilly.