Around the world and for as long as wars have been fought, individuals caught between enemies have struggled with the intimate choice of what to take with them when their lives have been overturned. Often, these seemingly insignificant mementos and their histories can serve as a remembrance of war just as vividly as grand monuments.

As an example, I have in front of me a 1932 edition of the Five Roses Cook Book. Like many well-loved old cookbooks, this Canadian classic is taped together along its spine and the insides are splotched and decorated with marginalia. The most arresting of the inscriptions is on the inside cover. In elegant script, the writer, Ethel Mulvany, explained that this book had been rescued from the ruins of her bombed home in Singapore. She had taken it into a prisoner of war camp with her in February 1942 when Britain surrendered Singapore to Japan.

Mulvany and hundreds of other women and children were marched by their captors across the island nation to the notorious Changi Jail. They had been told to pack enough for ten days; three and a half years later they were liberated. Decades later, while being interviewed by Maclean’s journalist Sidney Katz, Mulvany remembered vividly what she had taken with her on her trip into imprisonment. The list included a quilt her mother had made, a few changes of clothes, a partial tube of lipstick, a tin of Mecca heal-all ointment, her bible, a few photos, and her cookbook.

Ethel was not unusual in the clarity of her memory. Sixty-eight years after her own imprisonment in Changi, Olga Henderson recalled exactly what her mother stuffed in her pockets as they marched there –– needles and thread, jars of Marmite, tins of condensed milk, and packets of aspirin. During the war it became clear to young Olga that each of those items was more precious than gold.

How did mother and daughter decide to bring needles instead of pencils when they began their march into an unknown world? Did Olga’s mother wrestle over whether a family photo album would be more sustaining than a tin of food? Another prisoner, Freddy Bloom, insisted on bringing a stray dog she had adopted into Changi. For most of the war until her death, Judy, a terrier, was a great source of comfort to the prisoners. 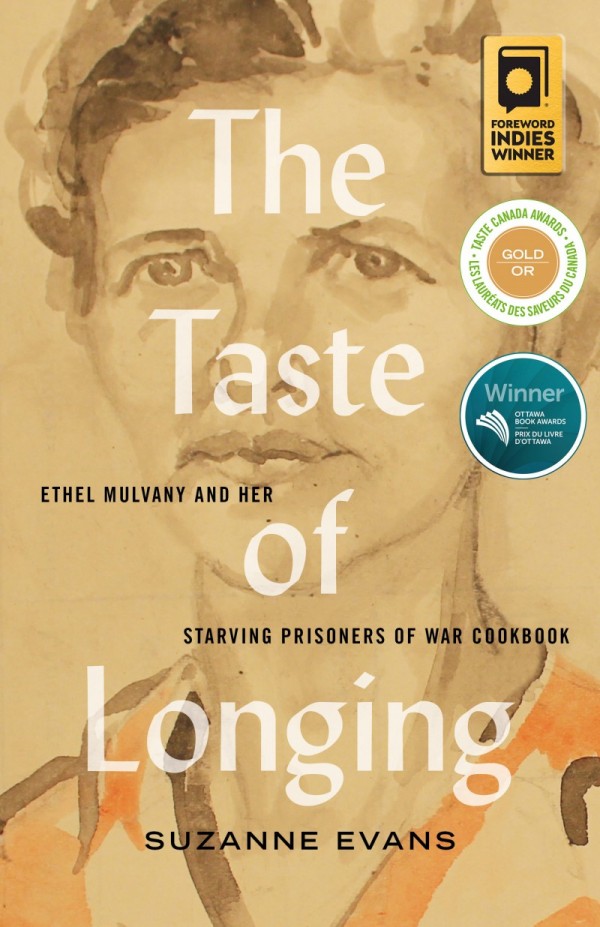 At the time that Ethel was trapped in Changi Jail, 21,000 Japanese Canadians were stripped of their possessions and sent to internment camps. Artist Emma Nishimura’s grandmother made the difficult decision to carry a large box of brown paper sewing patterns into Slocan, BC. She had created these patterns in a design class in 1941 while studying to become a seamstress. The patterns were as useful to her in Slocan as were all the thread and needles to Olga and her mother in Changi. Many decades later, Emma Nishimura discovered the box in the basement of her family’s home, the contents a poignant reminder of what her grandmother had suffered. They also provided Nishimura with the basis for an artistic project exploring how history can offer many perspectives.

In March of this year, Globe and Mail journalist Paul Waldie wrote a piece entitled “Too Precious to Leave Behind.” He asked Ukrainian refugees arriving in Poland what treasured items they had chosen to bring with them. Each of his interviewees proffered their hands to photographer Anna Liminowicz, holding “the things they just couldn’t leave without.” Like most in this situation, they’d had little time to ponder their choices. Some held out purely practical items: bottles of medicine, passports, and a Covid vaccination certificate. Others, like Nadia Melnychuk, had chosen from the heart. She held up her four-month-old puppy to the camera, her decision mirroring that of Freddy Bloom 80 years before.

This year the United Nations High Commission for Refugees reported that over 100 million people have been displaced by “persecution, conflict, violence or human rights violations.” All of them, if they’d had the chance, had had to make a decision of which portable valuables to hold onto, whether for utilitarian purposes or because they weighed more in memories than in kilograms.

After her liberation in 1945, Ethel Mulvany insisted that even the tube of almost spent lipstick that she had “cradled” throughout the war was a “big thing.” That, along with the few other items she’d carried into and out of Changi, “sometimes save[d] me lonely moments.” She cherished them the rest of her life.