"We had no business plan. Any accountant or businessperson would have just laughed. Those of us who considered ourselves a little more towards the logical end of the spectrum would occasionally ask if there was any kind of plan at all. And usually we'd be ignored."

–Ken Epps, a founding member of Between the Lines

Founded in 1977 as a cooperative venture of two against-the-grain outfits with sixties roots (Dumont Press Graphix in Kitchener and the Development Education Centre in Toronto), BTL remains one of a kind. From its first book—The Big Nickel: Inco at Home and Abroad—to today’s award-winning titles, it has survived and thrived.

Today we're celebrating our 43rd anniversary with a 50% off sale on Books Without Bosses, a graphic history of the press that begins in a defunct button factory in 1970s Kitchener and follows the BTL staff over decades of radical nonfiction publishing. 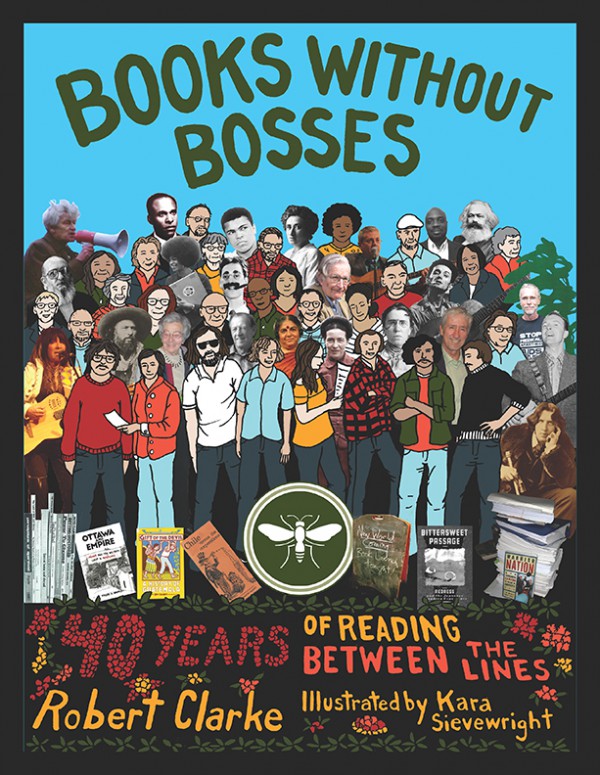